One of Britain’s leading psephologists has released predictions reaffirming that UKIP could take 7 seats in the Welsh Assembly next year.

The research done by Election Data echoes earlier calculations made by YouGov this year reported by ITV Wales.

UKIP Wales Leader Nathan Gill MEP said that the more democratic seat allocation under the top up regional list system means that real public opinion can be mirrored with representation, giving thousands of people a voice, and leading to real change.

“For decades we have had a one party state under Labour in Wales, and have seen standards repeatedly decline in health, education and employment. There are so many voters out there who are switching to UKIP as the only party that really understands and represents them.

“In Wales people are crying out for a voice of opposition in the Welsh Assembly who will take Labour to task over pitiful policy making. 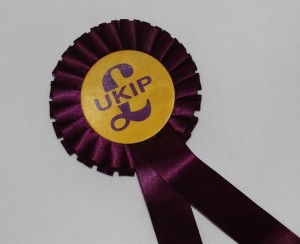 "People want to know why they are losing work as big manufacturers move abroad because politicians are more interested in green policy rather than putting the hardworking men and women that they represent first.

"They want to know why in Wales, children are receiving a lower standard of education than across the border, because instead of pushing for real social mobility, politicians are more interested in fashionable new curriculums rather than getting the core subjects right.

"They want to know why their lives are being put at risk because ambulances are unable to respond to emergencies on time, as more and more money goes into middle management rather than front line services.

“They want decent housing, employment, a good education for their children and a sense of being heard and represented. Instead they see out of touch politicians in the Assembly who are totally disconnected from their world.

“Finally next year that will come to an end, with UKIP representatives in the Assembly. We have shown what we can do as a party from the wings, capturing the mood of the nation and influencing Government from the outside. Our efforts made sure the public have a referendum on EU membership, and we weren’t afraid to talk about the issue of immigration. We are now ready to show to the rest of the UK what we can do when elected in Parliament and it will be Wales that sets that example of how only real democracy can lead to real change.