UKIP’s Health Spokesperson, Dr Julia Reid MEP, who is a member of the Committee on the Environment, Public Health and Food Safety (ENVI), in the European Parliament, has expressed deep concern over the Fipronil scandal as estimates now place the number of contaminated eggs imported into the UK, from Dutch and Belgian poultry farms implicated in the ‘Fipronil Scandal’, at 700,000. Up from the original estimate of 21,000.

The contaminated eggs are believed to contain the toxic pesticide, fipronil, a substance used for the extermination of ants, fleas, lice, mites and cockroaches. The substance, however, is banned for use on, or in proximity to, farm animals because of its danger to human health (when consumed in large quantities it can cause significant harm to the kidneys, liver, and thyroid glands).

Earlier this week a spokesman for the Food Standards Agency said that the eggs were imported into the UK between March and June so would no longer be within their expiry date, meaning they would already have been eaten, however, the FSA believes that the small amount of fipronil consumed is “unlikely” to be a risk to public health.  Even so, the FSA admitted it was still investigating the distribution of the eggs. 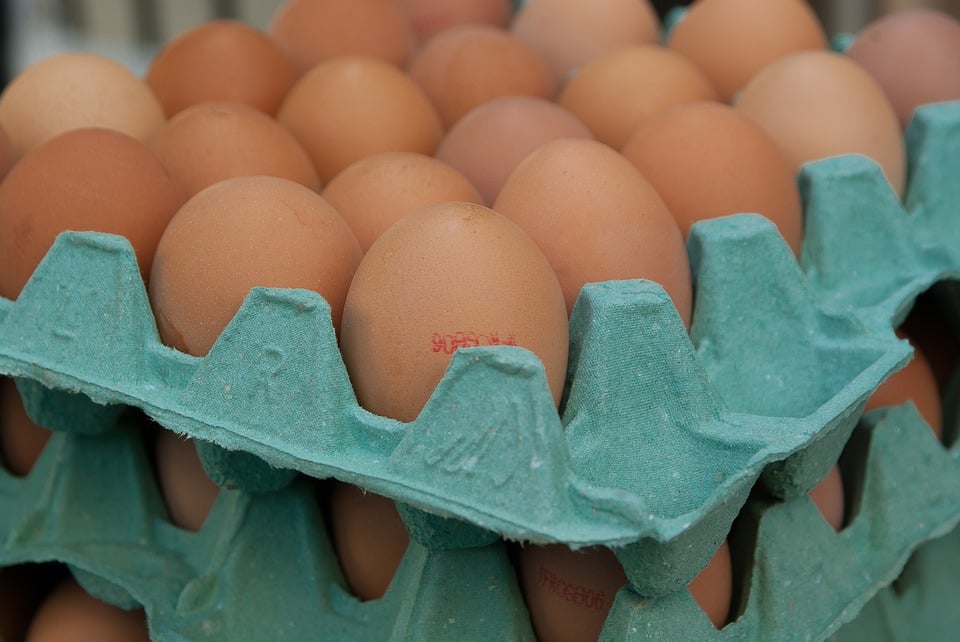 Following the revelations, the Food Standards Agency (FSA) is now reminding businesses of their legal requirement to inform the FSA or FSS (Food Standards Scotland), and relevant local authorities, immediately if they have any reason to believe that a food which they have imported, produced, processed, or distributed does not comply with food safety requirements.

Although many of the products containing the eggs contaminated with fipronil will have already been consumed, the FSA have recalled egg-containing products from Asda, Morrison’s, Sainsbury’s, and Waitrose.

Since news of the scandal first broke last month, millions of eggs have been destroyed across Northern Europe and the Dutch food safety agency, the NVWA (Nederlandse Voedsel- en Warenautoriteit), have closed almost 200 poultry farms the Netherlands.

The countries originally affected by the scandal were Germany, the Netherlands and Belgium, however, it has since been announced other EU countries, France, Sweden, the UK, Austria, Ireland, Italy, Luxembourg, Poland, Romania, Slovakia, Slovenia and Denmark, are included and some contaminated eggs, or products made from them, may even have been exported to Switzerland and Hong Kong.  Some experts believe the fipronil scandal could still escalate and thus the number of affected countries may continue to grow.

“Some sources have reported that the Dutch authorities were tipped off about possible fipronil contamination at the end of November last year, if so, why has it only become public knowledge now when the eggs were imported into the UK between March and June? I would like to know what the level of fipronil contamination in the eggs exported to the UK was, considering Belgium’s Federal Agency for the Safety of the Food Chain found one sample where the level exceeded the European safety threshold and the German Federal Institute for Risk Assessment (BfR) have reported that the highest amount of fipronil they measured was 1.2mg per kg of egg.

“Furthermore, as it’s taken this long for us to find out, it also begs the question as to why we aren’t testing imported food items more rigorously for possible contaminants? You’d think that we would have learnt from the horse meat scandal of 2013”, Dr Reid added.

(Based on their findings the BfR calculated that an adult weighing 65kg (143lb) would be able to eat up to seven eggs, containing 1.2mg/kg fipronil, within 24 hours and still be within the safe range, however, a child weighing 16.15kg (35.6lb) should not eat more than 1.7 contaminated eggs within 24 hours.)

IEA Says Oil Supplies May Not Keep Up With Demand