Just a cursory glance at the newspapers and political programmes over the week-end and Monday morning shows quite clearly that UKIP is the only game in town.

Over the last few days we have seen Conservative Central putting together a dossier on UKIP candidates as well as dragging out the 'big guns' of Ken Clarke and Boris Johnson to try and steady the Tory ship.

But all they appear to have done is insult anyone who was thinking of voting UKIP by branding them as closet racists and weirdos.

As an indicator of how much impact UKIP is having on the political debate the Guardian reports that both Labour and Conservative are intent on keeping UKIP out of any televised debate in case they show strongly.

And while this went on senior government figures like Iain Duncan Smith were asking the more well off pensioners to give their bus passes and free TV licences back as they could afford to do without them, which shows the true state of the economy and government thoughts on how to try and get us out of the mire. But now this morning he is backtracking on that. And they say they UKIP policies are in disarray. Maybe the Tories also need to learn how to herd cats. 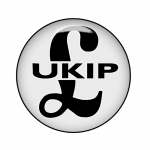 Apart from a poor showing after all the hype the only danger for UKIP, as well as any other party for that matter, is that they get a strong showing just in time to screw down on local spending and services. That would not endear them to their local electorate who are likely to be looking for something better, not seeing their services cut and possible job losses as a result.

After all, UKIP councillors will be as hamstrung as any other by funding cuts made by central government. What they will have to do though is work hard at economising.