UKIP are well known for their hard hitting advertisements and this poster is no difference. The poster will be displayed across South Yorkshire in the run up to the election on 30th October.

Speaking at the unveiling, Jack said:

"It is a sad fact that the people have been let down by the Labour Party across South Yorkshire. Politicians, both at the town halls and in uniform for years were more worried about fashionable ideas than about protecting our young in their own towns and streets".

"These posters are certainly hard hitting, but they bring home a simple truth, a truth that is spoken in far harsher terms than this in the shops bars and clubs across the region. You just cannot trust Labour to do its duty. Jack Clarkson will be a force to be reckoned with in bringing the communities together and rebuilding the trust so desperately needed between our police and our citizens". 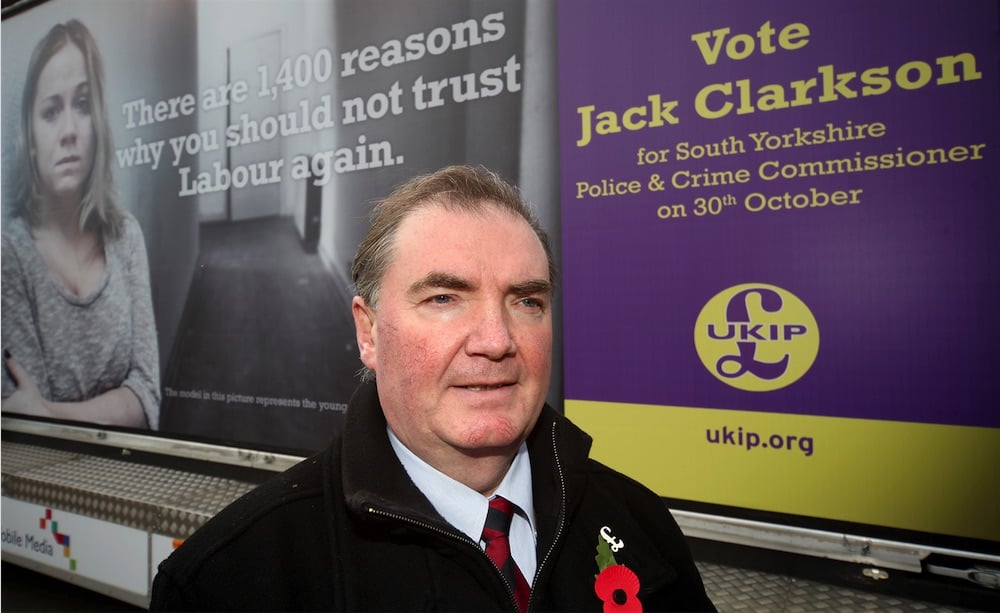 On the verge of another credit crunch

Raisin makes saving possible with a minimum of 1,000 Euro