UKIP's MEP candidate for Yorkshire and Lincolnshire has lashed out at the 'disgusting devaluation of the term racism' being perpetuated by UKIP's political opponents and the BBC.

After appearing on The Daily Politics where he defended the party against the comments made by Michael Heseltine on the same programme the day before, he described the reportage as 'deeply irresponsible'.

"This sort of repeated, unfounded and repugnant attack hurts me personally and adds nothing to political debate in this county. The BBC by acting as a mouthpiece for these crude and baseless accusations are as much to blame as UKIP's political opponents who are using this slur as a plaything to flippantly throw at their rivals. It's a disgusting devaluation of the term racism.

"I know what racism is. I have experienced it first hand, and let me tell you there is a distinct difference between the sort of accusatory and damaging political correctness being described as racism and the real thing. In this respect the BBC are showing themselves to extremely blinkered and deeply irresponsible.

"By constantly badgering UKIP over this one topic, without applying any sort of sense or judgement, they are not doing what a national broadcaster ought to be doing and making the public aware of our policies and principles as the UK's fastest growing political force.

"No other party is treated with this much contempt and it's beginning to have extremely damaging and far reaching affects. Just the other day one of our councillors was attacked on the street by someone calling them a racist. The mixed race son of one of our councillors is being called a racist at school. A foster family in Rotherham had heir children taken away because they were members of UKIP. It has got to stop. These are ordinary people who support UKIP's politics which are in no way anything other than mainstream and fully inclusive. I am utterly appalled and deeply incensed. This has got to stop now." 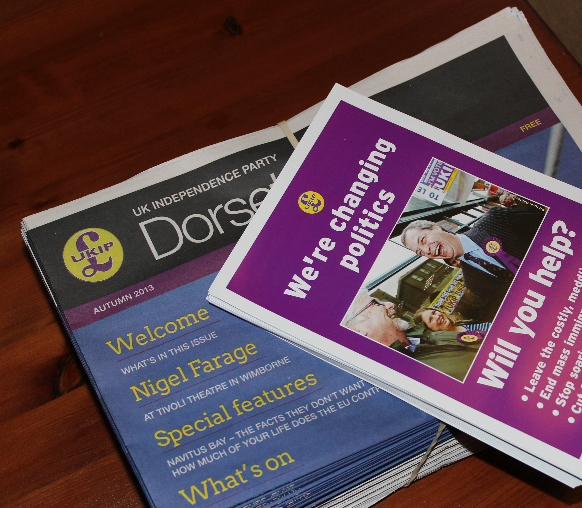