UKIP MEP for East of England, Tim Aker, has today launched a Downing Street Petition calling for unauthorized traveller sites to be made a criminal offence.

The Member of the European Parliament, who is also a councillor for Aveley in Thurrock, has called for this action after a spate of traveller incursions in Thurrock.

Tim Aker said: “The existing civil rules mean residents have to wait several days before action is taken to clear illegal traveller sites. The clear up afterwards has to be paid for by the taxpayer.  Enough is enough.  There needs to be a stronger deterrent and making illegal incursions a criminal offence would be just that.  With strict liability, there would also be swifter removal so residents can be aware that after reporting the illegal incursion, the authorities are able to act immediately to make arrests and clear the site. 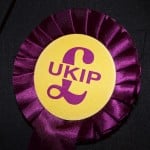 "This month alone we have seen three children's recreation grounds in Thurrock taken over by unauthorised traveller pitches. With summer now here and children needing a place to go and play outside, I worry that these children's recreation grounds could become unsafe for children to use until they are cleared and the sites cleaned of rubbish and waste.

"While each local authority has a duty to offer sites, it is wrong that a small minority persists to trespass and form unauthorized sites.  Hopefully a change in the law will protect community lands and see that all obey the law."

The petition can be found here:

Cameron aims at two birds with one stone