“Once again a topic has come up that Ken Clark thinks he can seize upon to attack people arguing that Britain should leave the EU. He is a shortsighted opportunist obsessively pushing the pro-EU agenda with little imagination or faith in his country. More than a decade ago, Ken Clarke was warning us that unless we joined the Euro, our economy would be wrecked. Financial services would move en masse to Frankfurt and foreign investors would shun us. How utterly wrong he has been proven to be. It is the Eurozone that has seen record unemployment, with some southern European countries facing poverty and despair on a scale unseen since the thirties.

“He now insists ‘Quitting the EU would wreck the economy’. The EU has negotiated free trade deals with many countries, and is currently negotiating many more. One of the most important is T-TIP, the Transatlantic Trade & Investment Partnership. This, if completed, will be the biggest international trade deal that the world has ever seen. But this doesn’t mean that if we left the EU we would be denied any future deal with America or the EU. It would be to the economic advantage of everyone concerned if a newly independent UK is grandfathered in to these deals on the same terms. I see no percentage for any trading partner in re-opening these extensive and complex trade deals and no reason why an independent UK, who would be the EU’s biggest trading partner, would be wilfully blocked.

"Anyway I would venture to suggest that the UK would no doubt have already negotiated free trade deals, perhaps years ago, with the USA, and with Canada, India, Singapore and other Commonwealth countries, if we hadn't handed over our trade policy to Brussels in 1973. 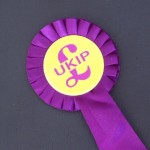 "It is still unclear if the T-TIP will go ahead. The French by demanding the exclusion of audio-visual markets could open a can of worms encouraging the Americans to demand the exclusion of public procurement, or aviation, or whatever. The whole thing could yet break down, which would be very damaging. Again, we might well be better off negotiating on our own account rather than be part of a trade behemoth in which the UK is subject to the wonts and nuances of the other 26 EU member states.

"We are a top-ten global trading nation. Do Canada and the USA "trade by EU rules?". Does Japan? Of course not. And nor should the UK."