As soon as UKIP announced its candidate to contest the Eastleigh by-election then out come the Tories saying to UKIP supporters don’t vote for her – vote for us.

Cllr James said that she joined UKIP in 2010 as that party was the only one that represented her political views. The UKIP leader, Nigel Farage, said "Diane has a successful record as a healthcare and political campaigner and she wants to stand up for ordinary communities who are being so badly affected by the coalition government in this country."

But in a sign of how increasingly worried the Conservative party are over the increasing success of UKIP Daniel Hannan, the Conservative MEP for South East England, argues in the Telegraph that UKIP supporters should vote tactically for his party’s candidate, Maria Hutchings, in the upcoming election.

Further he even suggests that UKIP should withdraw from this battle and openly support Maria to show some sort of good faith towards their ultimate cause. “First, and most obviously, it would mean one more vote in Parliament for withdrawal.” He says and continues “Second, it would impress voters. ‘Golly’, they would say, ‘these Ukip people really mean what they say about putting country before party.’”

He then outlines another five reasons why UKIP and its supporters should meekly withdraw and vote Tory.

But why should UKIP worry about a party whose government is unlikely to survive the next general election?

Why should UKIP supporters even consider voting for the Tories, whose leadership is totally committed to keeping the UK tied ever more tightly to the EU yolk? 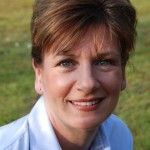 Why should UKIP throw away the chance to shine in this by-election and show the country that they are now a totally viable party with rounded policies that go far beyond the ‘EU out’ single issue?

A strong result in Eastleigh would also send a strong message to those future ‘on the fence’ voters that a vote for UKIP was by no means a wasted vote.

In fact it makes more sense for those Conservatives (and any other party supporters or the undecided) who want out of the EU to vote tactically and actually back the UKIP candidate. Now that would make the Tories sit up and listen! And that would also force Labour (and possibly the LibDems) to wake up to the real feeling in the country and promise an in/out referendum, albeit belatedly.

UKIP now needs to stand firm and fight a vigorous campaign. It needs to show people how far the EU encroaches into our everyday lives and drives the decisions that our national politicians make.

Cameron attacks the over zealous health and safety culture