Lord Pearson of Rannoch, one of three UKIP peers sitting in the House of Lords, has slammed the list of new peerages as demonstrating "cronyism at its worst" while party leader Nigel Farage compares the Lords appointments as "on a par with a developing world country dictatorship".

The thirty new appointments to Parliament's second chamber includes 14 Conservatives, 10 Liberal Democrats and five Labour nominees, as well as one Green, but does not include any representative of UKIP, despite the Party climbing up the polls consistently above the Liberal Democrats and the Greens. It also includes major donors to the Conservative Party and close friends of David Cameron, such as Sir Anthony Bamford, who has given around Â£100,000 personally to the Tories while his company, JCB has also donated large funds to the party.

"It is utterly reprehensible that the appointments for new peers in no way reflect democratic intent. If that were the case then proportionally, based on the 2010 general election results alone where UKIP polled a paltry 3% compared to the Party's recent meteoric success, at the very least there should be 22 UKIP peers in the Lords, representing the views of the millions who have voted for the party over the last few years. In fact if it were a true account of public opinion, given the fact the party averaged 25% of the vote in the most recent elections, then the number of Peers we should have would be well over one hundred. Instead we have three. The fact that the Greens even got an appointment when UKIP did not just goes to show how the establishment is doing everything they can to constantly exclude UKIP from any sort of democratic influence. It's cronyism at its worst. It's not because there's anything wrong with us as a party. It's because our burgeoning popularity is a direct threat to the their jobs and their power. They give a token seat to the Greens because the Green Party will not be a direct threat in any forthcoming elections. They deliberately pass us over due to the fact that we are. That's the truth and quite frankly it's anti-politic."

UKIP Leader Nigel Farage has also slammed the new peerages, pointing out that Lord Pearson has spent months in "perfectly decent and open communication" with 10 Downing Street about the fair representation of UKIP in the 2013 Lords appointments. 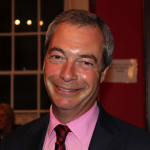 "I should say I am shocked, but quite frankly I'm not. The fact that Malcolm has spent time embarking upon perfectly decent and open communication with the Prime Minister's office, requesting only three more appointments which is far, far less than UKIP actually warrants, shows that while we are more than happy to be humble and play fair in order to get the recognition and representation the party and its supporters deserve, the establishment simply are not. For them granting us peerages would be endorsing us as a bona fide political power, and they are simply unwilling to let anyone else into the club who would challenge the status quo. Instead they are giving appointments to people who pay hundreds of thousands into their party or who have actually been rejected by voters in recent elections. Quite frankly it's an insult to democracy in the UK, a country that prides itself on being open and fair and the mother of Parliaments. It puts Westminster on a par with a developing world country dictatorship.

"UKIP supporters up and down the country should be enraged. The message being sent out by the Prime Minister is 'we don't care how you think, we don't care how you feel and not only will we willfully ignore the way you vote we will actively block you from having any role in British politics'. Well the more they refuse to hear our voice, the louder we will shout. Even if you are not a UKIP supporter the injustice here is apparent. They might just have shot themselves in the foot with this one."

Attached is a dossier on the ongoing correspondence between Lord Pearson of Rannoch and 10 Downing Street on potential UKIP peerages. Given today's list of new appointments UKIP is now leaking the entire correspondence to journalists.

A child is arrested every four minutes in England and Wales