Just as Nigel Farage proclaims that the UK will be out of the European Union within the next five years two stories emerge showing just how much of a roll the UK Independence Party is on.

The UKIP leader, Nigel Farage has said that “this anti-democratic form of government… will be the last European Commission that governs Great Britain, because at the end of five years, we will be out of here” and it seems that the pressure being applied by the party is beginning to tell.

For example, the Express also reports on a ComRes survey that 43 percent of the Rochester and Strood electorate are planning to vote for Mark Reckless, well ahead of the 30 percent who said that they will be voting for the Conservatives. An upbeat Ukip MEP, Patrick O’Flynn, said: “These results are a huge boost to our campaign and will further raise the morale of our People’s Army of volunteers that is working to get Mark Reckless re-elected in Rochester and Strood.”

And now the bookies odds are swinging as more people take a flutter with the anti-EU party. UKIP have been backed from 80/1 to 25/1 with William Hill to become the largest single Party as a result of the General Election – these are shortest odds that any party outside of Labour, the Tories or the Lib Dems has ever achieved says William Hill.

"It seems absurd that a Party with just one MP could become the largest Party in Parliament in seven months time, but any odds we offer about UKIP becoming the largest single Party are being taken by political punters, and we are already acquiring substantial potential liabilities as a result" said Hill's spokesman Graham Sharpe. 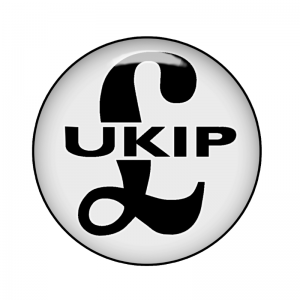 Freemasonry back under the radar