UKIP pledges an extra £3 billion for the NHS

UKIP is announcing today that it will provide an extra £3 billion per year in NHS funding. The money will be directed squarely at frontline services.

The party also says it will cut £2bn wasted on health tourism by ensuring migrants and tourists have health insurance as a condition of entry.

The current NHS deficit is estimated to be £2bn.

UKIP says it is the only party promising to make real savings by cutting middle management and abuse of the NHS while also pledging a bigger cash injection to clinical care than any other party.

This indicates an increase in cash redirected on critical and frontline care of a total £5bn at least.

"UKIP is the only party to be able to make this pledge, as the money will come, not from cuts outside the NHS budget but as part of the Post-EU dividend.  We have carefully costed our proposals and will be targeting the savings at ensuring that the NHS remains a world standard for health. 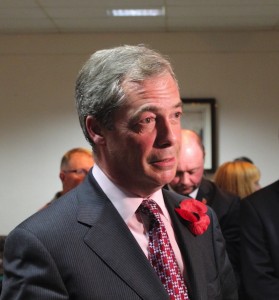 "The simple fact is that the £10bn or so we’ll save by leaving the EU and ceasing contributions and it's not just the historic contributions, that the UK has to face, but the increasing costs that we will not have to spend in future.

"We know that the pro-EU parties are now committed to an extra £1.7bn due to the failures of the Eurozone, that alone has put nearly £3bn on the national debt. I know where I’d rather the money be spent.

"We will also end health tourism, saving another £2bn, and cut NHS Management – it’s outrageous that spending on managers has gone up by over £700m since Tony Blair got his hands on the NHS, but clinical outcomes have not improved.

"UKIP will invest £3bn on the frontline, where it’s really needed. It will be spent on our crisis hit A&E departments for example. We will insist the money MUST be spent by clinicians, for patients.

"Just throwing money at the NHS does not work – it gets sucked up by admin and management – and we will not allow that to happen.

"I will make a full explanation of how we will spend the money in a major speech I’ll be making on the NHS.

"UKIP has long been 100% committed to keeping the NHS free for all British nationals. But UKIP is speaking out and trying to avert the crisis before us; the others are just sticking their head in the sand and continuing to weaponise the NHS and use it as a political football.

"UKIP IS the party of the NHS; we’re the only party that has a viable solution to save it and keep it free at the point of use."