EU is a get rich quick scheme for the Eurocracy

Ahead of the EU Referendum the UKIP Parliamentary Resource Unit has released ground-breaking research that shows just how high on the hog the invisible bureaucracy of Brussels is living (links below).

Put together the 100 top paying jobs cost the taxpayer £40 million of hard earned taxpayers money. This is made up of basic salary, generous EU taxation, side benefits and pensions.

Douglas Carswell MP said, "The Eurocracy are like the Ancien Régime, they have forgotten nothing when it comes to their own personal advantages, yet have learned nothing from the years of economic chaos that they have presided over. It is time that the UK pulled out of this get rich scheme for the European Establishment". 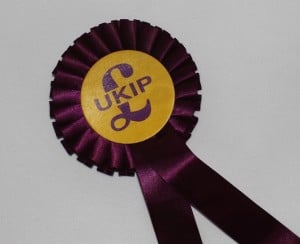 The study breaks down the payments in a clear and unambiguous way showing that the fastest of the European fat cats are the Judges on the Various European Courts like the Irishman Kieran Bradley, who has risen via the European system, as a political researcher, through the College of Europe, via the European Parliament to his current position now. He has never worked in a normal legal practice either in Ireland or elsewhere before he was selected for this enormously powerful and well paid position.

The top Brit comes in at number 36, Nicholas Forwood, also a European judge.

Carswell continued, "Virtually none of the people on this list would be recognised in their own home towns, and yet they are the ones who are the only real winners out of the EU. But their decisions have huge impacts on each and every man, woman and child in the entirety of the EU. It is a travesty of democracy and accountability".