"This must be the week that the net migration numbers come out since this announcement has to be one of the most stupid ideas yet from a Government utterly bereft of a clue on how to deal with the migration crisis. It's an idea dreamed up the Conservative Party's PR department to camouflage Thursday's ONS immigration statistics which will show that yet gain the government has lost control of Britain's borders.

"Sending illegally working immigrants to gaol will cost a fortune, put huge pressure on the prison system, add treacle to the already gummed up courts system with the possibility of remand and appeals stretching into a Human Rights Act horizon and keep the immigrants on our shores. Instead the Government should deport them. If they are illegally working they have broken the law. It's that simple. 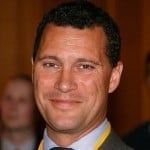 "But this Government doesn't do simple. It does do political deceit on an industrial scale. Until the Prime Minister faces up to the reality that free movement of people within the European Union is a major cause of peoples' discontent over the number of people arriving in the UK and the way that illegal immigrants are being dealt with it can never come up with sensible solutions. The UK needs to leave the EU as soon as possible."

The 'Invisible Generation' Speaks Out