Nothing about this Bill has alleviated our concerns over whether individuals or religious institutions will be adequately protected from legal contests against their stance on same sex marriage. Such legal contests could end up in the European Court of Human Rights in Strasbourg. With only one example of case history directly relating to same sex marriage, it is impossible to predict how future judgments would go. The real issue here is that final judgments would be made by judges in Strasbourg and could not be overturned by the UK. The matter would be entirely out of British hands.

A lot of the debate on same sex marriage actually centres on the definition and propriety of the term “marriage” and how various individuals and institutions take ownership of and interpret that term. For the Church of England the word defines a contract between a man and woman. For many in society and across the world, the application is far broader. As a party we are not in any way opposed to civil partnerships. Indeed we are the only party to believe that transferable married tax allowance should be made available to couples in civil partnerships and that they should be on an equal footing with traditional marriages. We are more than happy for people who wish to define themselves within society as “married” to do so, however we wholly disagree with the intrusion of the Government on a religious institution’s definition of the term marriage, whatever that religion may be.

Where the Bill purports to protect the individuals and religious institutions, it is our fear that via legal interference, quite the reverse is true. 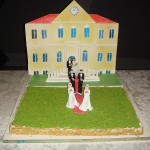 The issue is not the clean-cut black and white debate that is being portrayed in the media. It raises a variety of challenging questions ranging from the definitions of consummation of marriage to adultery, which will lead to a Gordian knot of legal implications and difficulties likely to wind up in a court in Strasbourg to which British law is fully subservient and over which Britain bears no control.

It is expressly for these reasons that we believe the Bill is rather cynically being used as a popularity boost and a distraction from other issues, when in fact there is far more at stake than meets the eye.

Oman Gives Go-Ahead To BP For The Khazzan Project