The credit rating agency Fitch has warned that the UK stands a more than 50% chance of losing its coveted ‘Triple A’ status within the next two years.

Despite reaffirming the UK AAA rating, Fitch has now joined Moody’s in putting the UK on a negative watch after the country’s recent lacklustre economic progress, saying that the UK had very little fiscal space to absorb more bad news. It also comes on the heels of the Chancellor’s idea of issuing 100 year bonds.

Although this will not be welcomed by the government as some will say it throws doubt on the coalition’s economic plans, they are using it as proof that the debt burden must be addressed as a matter of priority.

Speaking at the annual meeting of the British Chambers of Commerce, the deputy PM Nick Clegg said that this shows that it was important that the UK stuck to its deficit reduction plan.

This was mirrored by his LibDem counterpart, Treasury Minister Danny Alexander, who said that this was a wake-up call to anyone who thought it was time to loosen the purse strings.

The markets though seemed to have largely shrugged the problem off. The FTSE is only marginally down on the day at present. 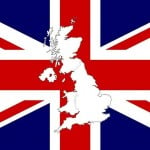 William Hill have joined in by saying that they ‘…..have cut the odds about the UK losing their Triple-A financial credit rating from 6/4 to 5/4 after a second credit rating agency issued a formal warning that the government’s high level of debt could threaten the rating.

Hills have lengthened the odds from 1/2 to 4/7 that the current rating will be maintained.

“We believe that it is becoming more likely that the much prized rating could be lost which would be a severe setback for the coalition government”, said Hill’s spokesman Graham Sharpe.

Would you bet against the bookmaker?

Image by Ppojke (Own work) [Public domain], via Wikimedia Commons

Driving to Work: is the cost of the commute worth it?