• The worst-ever outbreak of the deadly virus has killed more than 2,400 people in West Africa, with Liberia the region's hardest-hit country

The United Nations will only be able to contain Ebola by adopting a hi-tech disease management system.

The warning, from one of the world’s leading disease management experts, comes 24 hours before a crucial meeting of the UN Security Council in New York, where national governments hope to formulate a coordinated response to the unfolding crisis in West Africa.

Sophia Salenius, who played a vital role in battling the Chinese SARS outbreak in 2003, says world leaders must use new innovaitve technologies to give doctors on the ground the best chance of saving lives.

“We now have advanced but easy-to-use technologies at our disposal to tackle diseases like Ebola.

“Medical professionals in Africa are doing an admirable job, but they have not been afforded all of the available tools to communicate between themselves, patients and the authorities.

“We have the solution to fight this outbreak, but we are not yet using it, nor are we effectively coordinating the post-treatment management effort.”

The Ebola outbreak, affecting Guinea, Liberia, Nigeria and Sierra Leone, is unprecedented in scope – with more than 4,000 cases having been reported across the region and over 2,200 deaths. 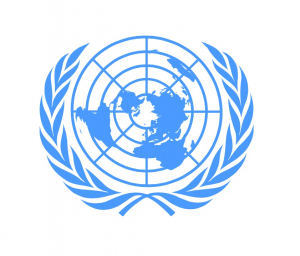 “What we are seeing in West Africa is a disaster that is only going to get worse and potential spread, unless we radically alter our strategy. A digital disease-management system can change the outlook, if implemented immediately, and save countless lives.

“The United Nations must act before it is too late.”

RegPoint has created a completely new medium through which the disease control supervisor, physician and patient can communicate, ideal for a challenge such as the emergency that continues to unfold in West Africa.

Information is delivered in a secure manner using mobile phones from doctors to members of the public, and vice versa, to allow analysis of clinical information to be conducted and to identify outbreak clusters in the different geographical areas.

It is the only solution that can identify clusters before patients arrive at a health facility.

By using the RegPoint service, West African health authorities and other professionals on the ground could easily identify the number and location of people with symptoms of Ebola. Advice and alerts can be sent to them, as well as to the healthcare administrators.

Thursday’s meeting of the 15 members of the Security Council – requested by the United States owing to the “increasingly grim situation,” is expected to hear from Secretary-General Ban Ki-moon, as well as senior UN officials dealing with the Ebola crisis.

“The trend lines in this crisis are grave and without immediate international action we are facing the potential for a public health crisis that could claim lives on a scale far greater than current estimates and set the countries of West Africa back a generation.”