Uneven Recovery In The M&A Markets

Figures are down, however a deeper analysis reveals new pockets of activity emerging:

• The U.S. continues to be the most active M&A market.

The activity in the final quarter of the year dropped 39% to 468 deals and value fell 56% to $313billion compared to the same period last year. For the year 2013 as a whole, the number of deals fell by 14% for both value and volume of deals, with 2263 deals worth $1.83 trillion. However, as investor priorities and sentiment change, the market needs to be looked at through different lenses. 2014 could see M&A activity significantly increase, as it is now highly likely that interest rates will go up and the end of cheap funding is in sight.

The U.S. continues to be the liveliest of the M&A markets: in Q4, it accounted for 32% of all activity by volume and 39% by value, despite a year that was marked by budget impasse and widespread anxiety about the end or reduction of the Federal Reserve's monetary stimulus programme. This reflected a growing confidence in the economic recovery taking hold, with companies focusing on bolstering core business activities and disposing of non-core assets. Examples include the Novartis sale of its blood transfusion diagnostics business unit to Grifols for $1.7bn and AIG's sale of its aircraft leasing unit for $5.4bn to AerCap.

The UK still ranks as the second most attractive market for foreign buyers in 2013 and confidence is improving, but there are still signs of aversion to risk, as deals have become smaller in value. The average deal value in Q4 2013 has gone down by 27% compared to the same quarter last year, from $721 million to $523 million. 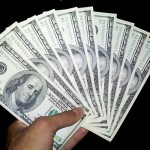 Much of Europe, with the exception of the UK and Germany, remains in a state of recession or low growth. With 556 deals completed, 2013 was the quietest year since 2009 in Western Europe. However in Spain, the M&A market is showing signs of gradual recovery. Excluding deals in the financial sector, driven by the restructuring of the Spanish banking system, the number of deals still increased by 24% in 2013 while deal value was up by over 50%.

In 2013 U.S. and European capital flows were directed more towards domestic deals: in the UK there was a 20% increase in domestic deals. Capital flows towards emerging markets slowed as companies have been taking stock of the changing economic situations in those markets. One of the consequences of this was the virtual ring-fencing of the Asia Pacific region where intra-regional deals now dominate.

"The lesson learnt in 2013 is that history does not repeat itself and that predictions in a post-crisis environment are harder than ever to make. Different regions and sectors will return to growth at different speeds and 2014 could become a year of opportunities: companies are cash rich, the Fed and the Bank of England have announced that interest rates will go up gradually as they start tapering, so it would be logical for companies to start acting now, before interest rates go up and while borrowing is still cheap."

The M&A Index provides market insight and commentary by Allen & Overy partners, backed up by independently commissioned quarterly research on ($100m+) global M&A deal types and analysis of top global outgoing buyers and target markets. Some global trends from the latest report include:

• China's relatively new merger control authority, MOFCOM, holds powers that are increasingly felt at home and abroad. To seal an M&A deal involving China, investors need to be aware of the work and time required for China merger control filing, of the far-reaching, often extra-territorial effects of remedies sought by Chinese authorities and of the time it takes to gain clearance for a deal.

• In the wake of the financial crisis a growing number of investors – clearly still feeling risk-averse – are opting for joint ventures rather than full-blown takeovers but are taking a wide variety of approaches to framing agreements.

• Private equity funds are now sitting on as much financial firepower as they had in the heady days of 2007, and the next 12 months should see them become much more active.

Brits in the dark about their partner’s debts

Real Estate To Get A Boost From Government's Jobs Tax Cut