The Cabinet Office minister, Francis Maude, has said that he wants to see the law on how strikes are balloted for by unions changed as the UK moves into a week which will see a massive public service strike on Wednesday.

Saying in the Telegraph that the unions are testing his patience, Mr Maude said that claims by the unions that they have no choice but to strike over their pension arrangements was untrue. ‘Of course they have a choice.’ He said ‘None of them had to have a ballot and recommend a Yes vote.’

Some of the strikers will be coming out on the back of less than a third of their union member votes, something the Cabinet Minister wants to see changed. But then under current rules, once strike action has been taken, unions have an open ended ability to take further action as they see fit giving them a ‘perverse mandate’ to strike early. Mr Maude wants this clamped down on by forcing unions to go through renewal ballots every few months to keep that mandate alive.

That the strikes will cause the country and many companies a lot of money as well as disrupting our lives is obvious, or what would be the point of them? This is not something the country needs while we are staring into the face of a resurgent recession that never really went away.

The government wants everyone to understand that ‘we’re all in this together’, keep working and make sacrifices for the country. The public sector workers say none of this was their fault so why should they suffer.

But the whole public sector was built over the last decade on a bed of debt by politicians who thought they had beaten boom and bust. 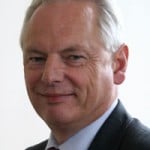 Every school, every hospital and every job was funded not by taxes taken at the time but by the proceeds of bond sales and PFI schemes on which we now pay huge amounts of interest.

Politicians of all colours are trying to keep some semblance of order by telling us that we can sort of manage this while they pray for a miraculous economic recovery.

The truth though is that we cannot expect to win some sort of economic lottery. Just like anyone else who stretches themselves beyond their means we now have to make every penny count and decide what we really need and are prepared to pay for.

There will be a lot of unhappy people out there as a result.