“The Prime Minister talks of launching an ‘all-out assault on poverty’, but his government is soon to make almost three million working families and their five million children significantly poorer. Cuts to tax credits next April will hit the incomes of families already struggling to get by, forcing them deeper and deeper into debt.

"David Cameron recognises the need to make the UK's inflated housing market more affordable, yet anyone wanting to buy one of the new 'affordable' starter homes needs to be earning at least £76,000 a year in London, or £50,000 elsewhere. 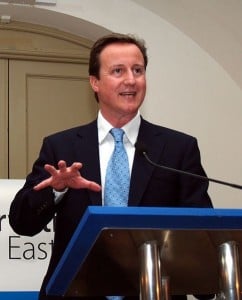 “According to the Treasury, only 30 per cent of the population earn more than £50,000, pricing the starter homes way beyond the reach of most workers, including public servants like nurses, teaching assistants, PCSOs and school cleaners.

"Developers given the option of providing 'affordable' housing are likely to opt for homes to sell rather than rent, leaving anyone who doesn't earn enough to get a mortgage high and dry.

"This housing crisis is forcing public sector workers to live further and further from their places of work. Four more years of pay restraint and the cuts to tax credits will make it increasingly difficult for local hospitals and councils to recruit and retain staff.

"The government must commit to a national public house building programme to deliver the low rent and affordable homes people need. This would lower housing costs, cut the housing benefit bill, and make it much easier for people to rent or own their own homes.”