"This crisis of leadership for Ed Miliband started because Len McCluskey's Unite union has been rigging Labour's candidate selections.

"But Ed Miliband has failed to say how he is going to get a grip and sort it out. He should start by coming clean about what has happened in all 41 candidate selections Len McCluskey's Unite union has been trying to fix.

"And even after he has been pushed into giving this speech – nothing has changed.

"It's still the same old Labour Party with a weak leader in the pocket of the union bosses who's unable to stand up for hardworking people."

* Miliband's proposals are totally meaningless, especially because they won't apply to the 41 selections Unite have tried to fix or the 100+ selections that are taking place or have already taken place.

* Under the current Labour rule book only Labour Party members can vote in the selection process (Labour Party Rule Book 2011, Chapter 5, Clause IV.7). Changing the rule book would almost certainly require a vote by Labour conference. Under current Labour rules affiliated trade unions hold 50 per cent of the votes at the conference, allowing them to block any rule changes: 'The balance of voting between the two sections shall be: 50 per cent to the affiliated organisations and 50 per cent to the CLPPs' (Labour Party Rule Book 2011, Chapter 3, Clause III.3.A.iv).

* Even if open primaries were introduced they would make it easier for trade unions to fix selections if their members don't need to be Labour members to vote in selections. Len McCluskey can simply pack selection meetings with trade union members in order to rig the selection.

* The Times were briefed today that Ed Miliband 'will reject [legislation], saying that it is in the unions' own interests to agree to the changes voluntarily'.

* Len McCluskey has refused to say that he would implement these changes in Unite (BBC News, 9 July):

Norman Smith: And on the specific that members of affiliated unions should have to opt in to pay the political levy rather than opt out, do you support that?

NS: Do you support that?

LM: What I do support is ordinary working people, our members, trade unionists, playing an active role in the Labour Party.

NS: I understand that but on the specific thing of opting in?

LM: Obviously we need to look at the details of this but the vision that he has set forward that this would attract tens of thousands of trade unionists into active participation in the Labour Party is something that I would 100% support. Now let's see the details. He has appointed Ray Collins to discuss that with the trade unions and we will be delighted to do that because I welcome any change. The one thing that I am opposed to is the status quo. The current status quo is not acceptable and therefore new politics and new relationships are something that I am very comfortable about.

* Len McCluskey will still decide whether Unite is affiliated to the Labour Party and continues to donate through both the political levy paid by individual members, and through additional donations from the union's political fund. 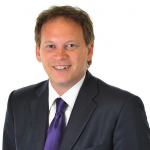 Labour leader: Still elected by Len McCluskey and the unions

* Ed Miliband's proposals don't include any reform to the Labour leadership election process, through which the trade union college was able to get him elected without the support of the MPs and MEP college or the college of party members (Labour Party Rule Book 2011, Chapter 4, Clause II.2.C.iii).

* Ray Collins worked for the TGWU and then Unite for 36 years between 1972 and 2008 – including 9 years as Assistant General Secretary say the Conservatives.

* In 2011 Ray Collins did not think there was a need to reform party funding. Giving evidence to the inquiry on party funding in 2011, Collins said, 'I do think that we need to ask the question: what is the problem? What are the issues that we need to address? I do think that we have lived through a period over the last ten years where Parliament has introduced a number of laws, regulations and institutions that I am not sufficiently confident have been given the fullest opportunity to actually deliver on what they have been asked to do. So my immediate reaction is to ask what is broken' (Ray Collins, Committee on Standards in Public Life Review of Party Funding, Tenth Public Hearing, 15 February 2011, link).

International Investment Secured To Build 6,600 Homes In The UK