Speaking at an SEC open meeting Commissioner Michael S. Piwowar said that he had no doubt that the Commission was up to the task of developing a successful 'outside of the box' crowdfunding regulatory framework.

Things have changed over the last eight decades he said with the ability to easily communicate on anything around the globe and the regulators must move with it.

Referring to the Jumpstart Our Business Startups (JOBS) Act he quoted President Obama saying “Because of this bill, start-ups and small business will now have access to a big, new pool of potential investors – namely, the American people.  For the first time, ordinary Americans will be able to go online and invest in entrepreneurs that they believe in.” as well as saying that many people view crowdfunding as “The Global Fight to Democratise Access to Capital”.

However, as attractive as crowdfunding was in being a creative alternative approach to raising capital, he said, there were still many challenges ahead in developing a framework of regulation that: 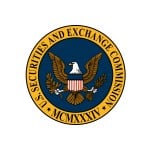 But the opportunities to be derived from crowd funding are there. "Small businesses – the engines of innovation, economic growth, and job creation – will have the opportunity to access capital from sources that have been previously unavailable. All investors – not just the so-called “accredited investors” – will have the opportunity to invest in entrepreneurs and their ideas at an earlier stage than ever before.  The concept of the “wisdom of the crowd,” which has proven to be useful in other areas, will now be unleashed to allocate capital to more productive uses." he said.

"As a result," he concluded "I support putting today’s novel framework out as a proposal for public comment.  I look forward to unleashing the “wisdom of the crowd” on our crowdfunding rule proposal to tell us what we got right, what we got wrong, and how we can improve it."