There’s a notion among central banks of the global economy that goes like this: if you lower interest rates, you will get economic growth. On the surface, it makes sense; easy monetary policies by central banks are supposed to bring confidence to an economy—they’re supposed to encourage consumers and businesses to borrow, which should translate to more jobs created and an improvement in the standard of living.

This phenomenon of lowering interest rates to spur the economy has spread through the global economy like wild fire.

Interest rates at the central bank of Australia have been trending lower since the financial crisis. In December of 2007, the cash rate (the benchmark interest rate) there was 6.75%. Fast-forwarding to today, this rate is 2.5%. (Source: Reserve Bank of Australia web site, last accessed September 16, 2013.)

The benchmark interest rate in South Africa is down almost 50%. The South African Benchmark Overnight Rate (SABOR) was above 10% near the end of 2007. Now it stands at 4.82% and has been hovering around this level for some time. (Source: South African Reserve Bank web site, last accessed September 16, 2013.)

While we’ve been watching this happen, no one is really asking the question how are interest rates being kept low? The answer: to keep the interest rates low central banks print more paper money and stay involved in their bond markets.

Since central banks in the global economy started to lower their interest rates, their money supply has gone up significantly. For example, since the last quarter of 2007 to the second quarter of 2013, Brazil’s M1 money stock (the amount of notes and coins in circulation plus timed deposits, such as checking accounts) has increased over 52%. (Source: Federal Reserve Bank of St. Louis web site, last accessed September 16, 2013.)

But in spite of all the money printing and other games being played by central banks in their effort to keep interest rates down, the global economy isn’t seeing robust growth. The International Monetary Fund (IMF) has lowered its expectation on growth in the global economy repeatedly. 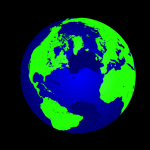 Hence, despite their easy money policies, central banks are failing in their attempts to revive the global economy. But what are the long-term effects of all this newly created money? One thing that really does concern me is inflation at the global level.

While the skewed government numbers don’t show it, inflation is a problem right now. Eventually, inflation will be reflected in the government stats. And to control that inflation, higher interest rates will be required. In fact, the massive jump in the yield of the 10-year U.S. Treasury bond (from 1.84% at this time last year to 2.85% today) is warning of inflation ahead.

The 30-year downtrend in interest rates may have finally come to an end. As an investor, you need to look at your investments (and your debt) and realign your affairs accordingly to account for higher inflation and higher interest rates ahead. And you better do it now before it’s too late!

Examination of Business Rates Welcomed by the British Property Federation