The 2013 UNWTO and WTM Ministers' Summit at the World Travel Market (WTM) will put a spotlight on the essential connection between air transport and tourism, debating the challenges and opportunities of promoting higher policy coordination between aviation and tourism (ExCel, London, United Kingdom, 5 November 2013).

Tourism Ministers from around the world and private sector representatives will be participating in a discussion (wtmlondon.com/ministers) around the theme "How to bridge the gap between tourism and aviation policies". Charles Hodson, anchor of CNN International´s flagship business programme, "World Business Today" will moderate the debate.

The Summit´s 2013 edition will address the following issues: 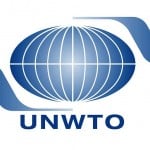 Speakers include the Ministers and Secretaries of State for Tourism of Indonesia, Mexico, Morocco, the Philippines, Portugal, Russia, Spain and South Africa as well as the President and CEO of the World Travel & Tourism Council (WTTC), the Vice President of Government Affairs of Amadeus, the Chairman of the Caribbean Tourism Organization (CTO), the Vice President for Europe of the International Air Transport Association (IATA) and the Director of the Air Transport Bureau of the International Civil Aviation Organization (ICAO). The discussion will be further enriched by the participation of over 40 Ministers registered to attend the event.

Now on its seventh year, the UNWTO/WTM Ministers´ Summit is part of the World Travel Market Ministers Programme, bringing together Tourism Ministers and leading tourism experts to debate each year key issues affecting the future of the sector.

Brecon Jazz: and the bizarre case of a campfire with dancing fairies