As a result of last year's strategic defence review the Royal Air Force will lose 66 Harrier jump jets and half of the 120 strong Tornado fleet, which has resulted in a reduced requirement for pilots says the MOD.

As a result up to a quarter of trainee pilots (some 100) are to be made redundant almost immediately.

It is reported by the Telegraph that many of these students are just a few scant airframe hours away from qualifying, with up to Â£4 million spent on each pilot and the money to be written off in training at about Â£300 million.

According to the report 20 fast jet, 30 helicopter and 50 transport pilot posts will be lost. Consequently one of the training establishments (RAF Valley, RAF Shawbury or RAF Cranwell) may well also be closed.

For these dedicated people who have taken the decision to serve their country instead of chasing lucrative private sector jobs it will come as a very pill to swallow. 'It feels like we are only numbers and nobody cares' said one helicopter pilot trainee.

Commander John Muxworthy, the chairman of the UK National Defence Association, said: “Cutting these pilots is going to weaken our capabilities in anything to do with air Â­operations, which will impact on every other RAF and Army element in Afghanistan. This is a step too far.”

According to a former head of the RAF, Air Chief Marshal Sir Michael Graydon, this will leave a 'black hole' of pilots on the future. “If you don’t have a steady stream of youth, you will end up with a shortage of people” he said. 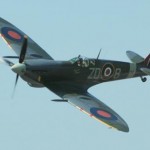 Some would say that the future of war is in cyberspace and pilot-less drones. Therefore pilots are becoming a thing of the past anyway. After all the only things that now limit an aeroplane's performance are the law of physics, computer speed and the fragility of the squidgy lump of biomass in the pilot's seat.

But we are a long, long way from that. Otherwise we would no longer need airline pilots for the relatively safe and pedestrian freight and passenger traffic.

We may not have a fully identified enemy on our radar (yet), but we have counted the cost of insufficient defence investment in the past when the 'few' in the Battle of Britain gave us the time and grit to carry on.

How much longer can the Greek debt saga continue?