With the odds of the Bank of England (BoE) choosing to raise interest rates in the earlier months of 2016 continuing to decline, the Pound has softened against rivals this week. Also weighing on Sterling are concerns that the domestic housing market is increasingly in a bubble, after house prices were revealed to have increased on the year in December. Although inflation within the UK was shown to have picked up in November, with the baseline figure rising from -0.1% to 0.1%, this failed to particularly entice investors to return to the currency. However, the Pound may rally if Wednesday's Jobless Claims Change figure shows a particularly sharp decline in the number of unemployment claims.

In spite of European Central Bank (ECB) President Mario Draghi having attempted to talk the Euro down with assertions of the central bank's willingness to expand its quantitative easing program, the single currency remained generally buoyant on Monday. While an improved ZEW Eurozone Economic Sentiment Survey helped to bolster demand for the common currency further this bullishness was ultimately not long-lived. With the Greek parliament convening to vote on the next round of mandated austerity measures tonight traders have been taking a less favourable view of the Euro, particularly as Prime Minister Alexis Tsipras holds such a narrow majority. Should the implementation of these latest measures be derailed the single currency is likely to weaken as the Greek bailout crisis returns to prominence.

Ahead of what is widely expected to be the Fed's first interest rate hike in nine years, the US Dollar has been experiencing volatility as traders position themselves for Wednesday's Federal Open Market Committee (FOMC) policy meeting. November's US Consumer Price Index proved encouraging, as domestic inflation climbed from 0.2% to 0.5% on the year, allowing the 'Greenback' to climb against the majors on Tuesday afternoon. Attention has shifted towards the longer-term outlook of the Fed, with traders keen to evaluate the dovishness with which Chair Janet Yellen will guide expectations for the pace of any further interest rate hikes over the coming year. 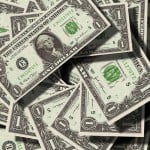 After last week's stronger-than-expected Australian employment data the 'Aussie' has been trending lower against rivals, with pundits somewhat sceptical of the accuracy of the surprisingly bullish increase in employed individuals. Commodity prices have been suffering fresh weakness as a result of slumping oil prices and market nervousness ahead of the FOMC's December policy meeting. While the Australian Dollar did see some strength on the back of the announcement that the People's Bank of China (PBOC) were aiming to de-peg the Yuan from the US Dollar, these gains were soon lost due to market volatility.

The prospect of an imminent Fed rate hike has also been weighing on the 'Kiwi' this week, with traders concerned by the negative impact of a stronger 'Greenback' on trade and the global economy. Nevertheless, the South Pacific currency gained some ground after the New Zealand Services PMI demonstrated a solid expansion within the sector, rising from 56.5 to 59.8. As the final GlobalDairyTrade auction of the year showed a 1.9% increase in prices the New Zealand Dollar was bolstered further on Tuesday. However, a Fed hike and a decrease in New Zealand's third quarter GDP could see the 'Kiwi' turn more bearish.

Oil slumped to its lowest level since early 2008 at the beginning of the week, with investors spooked by the lack of production cap agreed by OPEC. With a global supply glut expected to persist over the coming year Brent crude slipped below the $37 mark, dragging the 'Loonie' down in tandem. However, as prices staged a recovery the Canadian Dollar was shored up by an unchanged Existing Home Sales figure. Although the FOMC decision is likely to weigh on the outlook of the 'Loonie' there could be a rally in store if Friday's Canadian inflation reading demonstrates that inflationary pressure is picking up.

Are our finances affecting our freedom?

Dividend heroes: where are they finding income opportunities?