The Howard League for Penal Reform today (20 January) called for urgent action after figures for 2013 showed a sharp rise in the number of suspected murders and self-inflicted deaths behind bars.

Data compiled by the charity reveals that there were four alleged homicides in prisons in England and Wales – the most in a calendar year since 1998.

In total, 199 deaths were reported during 2013, of which 70 were self-inflicted – the highest rate in six years.

More than 100 prisoners died of natural causes, and a further 22 deaths are yet to be classified by prison authorities.

The statistics are based on notifications from the Ministry of Justice, which records deaths in custody.

"Each death in custody is a tragedy and almost all of them are preventable.

"The responsibility for an increase in the number of people who take their own lives in prison lies squarely with those who advocate putting behind bars more and more people who do not need to be there.

"This is the consequence of a policy that squanders a scarce resource, meaning that these institutions cannot keep people safe." 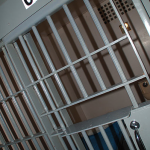 The four prisons where homicides were allegedly committed in 2013 are Hewell, near Redditch, Worcestershire; Long Lartin, near Evesham, Worcestershire; Lincoln, Lincolnshire; and Lindholme, near Doncaster, South Yorkshire.

Five self-inflicted deaths were recorded at Wormwood Scrubs in London, and there were four at Woodhill, near Milton Keynes, Buckinghamshire.

A further five prisons each recorded three self-inflicted deaths during the year. They were Hewell; Birmingham; Dovegate, near Uttoxeter, Staffordshire; Norwich, Norfolk; and Chelmsford, Essex.

"This is the highest number of alleged murders since 1998 and it reflects deep structural problems about control and order inside our jails – not our most high-security jails, but every prison in which we currently lock people up.

"The prison service has a duty of care to prisoners that this murder rate suggests it cannot deliver."