A new report is calling for an urgent crackdown on the illegal trade in endangered totoaba fish swim bladders, which is driving the critically endangered vaquita porpoise to extinction as collateral damage.

Dubbed ‘aquatic cocaine’ and ‘golden coin’ due to the high prices it commands, the dried swim bladder, or maw, of the totoaba is much-sought in Hong Kong and southern China for its supposed but unproven medicinal benefits.

The totoaba is endemic to the Upper Gulf of California, Mexico – also home to the world’s last surviving vaquita, a protected porpoise species numbering fewer than 100 individuals which are being snared and killed in the illegal gill nets used to catch totoaba.

Dual Extinction, the new report from the Environmental Investigation Agency (EIA), includes new findings from research and investigations carried out at the end of 2015 in the main markets for totoaba maw – Hong Kong and Guangdong Province in mainland China. 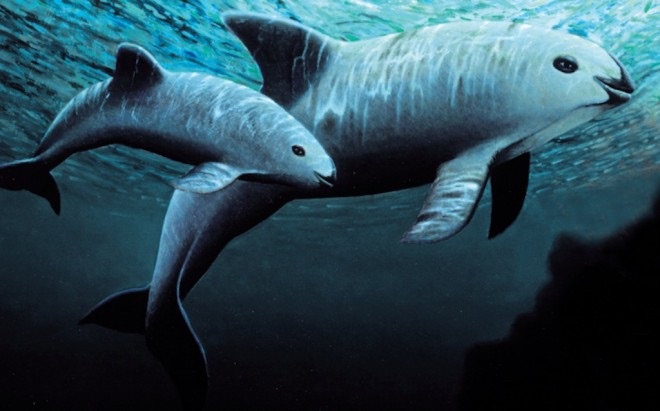 In Guangzhou, EIA found totoaba maw openly on sale in six of the 12 shops previously surveyed in May 2015. Generally, traders were aware that totoaba sales are illegal, knew the fish are only found in Mexico and claimed to know about smuggling the contraband between Hong Kong and mainland China.
Hong Kong traders were more guarded, with only two shops displaying totoaba maw, but prices were higher than on the mainland.

EIA has also identified numerous online platforms for trade in fish maw, with significant interest in totoaba maw among consumers. A sense of the global nature of the trade was provided by analysis of Facebook pages connecting fish maw traders and buyers from South America, Mexico, the US and Asia. EIA’s findings confirm a 60-80 per cent fall in the market price for totoaba maw since 2012, due to a spike in illegal trade causing oversupply. Traders are now believed to be holding on to stock, banking on a future hike in price which will allow them to recoup their investment.

Dual Extinction is being released to coincide with the 66th meeting of the Standing Committee of the Convention on International Trade in Endangered Species (CITES) that takes place in Geneva, Switzerland from January 11-15 and calls on Parties to CITES to adopt and swiftly implement measures to effectively combat the totoaba trade.

• an immediate increase in intelligence-led enforcement efforts in the main markets for totoaba fish maw, including increased surveillance of marine product markets, dissemination of totoaba identification materials, seizure of suspect fish maw products, arrests and prosecutions of offenders and the closure of enterprises involved in the illegal trade;

• an increase in information sharing, cooperation and awareness raising including the development of strategies to reduce the market value of totoaba, cooperation among countries to map the totoaba trade chain and engagement with e-commerce and the social media websites and chat forums increasingly used to trade in illegal wildlife products.

“The vaquita’s extinction clock stands at one minute to midnight and the species is being pushed into oblivion by the demand of a relatively small number of Chinese consumers of totoaba maw. Less than 100 vaquita are left – and the clock is still ticking.

“The vaquita and totoaba are both fully protected under national law as well as internationally through their CITES Appendix I listings, but such safeguards are worthless without urgent intervention on the ground to enforce them.”

IPCC Climate Report: Climate change is here and we need to act now