US consumers are cautious – will income gains encourage them to spend?

US economic data reports are transmitting conflicting signals, no better demonstrated than in last week’s roller-coaster journey. While easing momentum in manufacturing is to be expected following the strength of last summer, what is disappointing are the monthly declines reported for real consumer spending (-0.1% in December) and the personal consumption expenditures index (PCE) – a key price measure followed by the Fed, which fell by 0.3% in December.

The overwhelming reason for this disappointment is that the widely anticipated windfall from lower oil price has yet to impact consumer data in any meaningful way. We have seen evidence at the margin of the positive feed-through into consumer sentiment and confidence indicators, but in terms of real economic activity, the evidence is less than convincing. Recent data shows that the US consumer is benefiting from higher real disposable income, but it raises the question as to whether these gains are being saved or intended to be spent at a later point?

Looking more closely at the US consumers spending and saving patterns in 2014, real consumer spending rose through the second half of 2014, but then noticeably dropped off between November and December. It is interesting to note that between those two months there was a jump higher in the personal savings rate. Meanwhile, disposable income has been on a consistently rising trend over the fourth quarter.

Consumer price index data also supports the view of a cautious US consumer, with little evidence that higher real disposable income is being spent on non-essential items. Essential items such as shelter and health care have been on an upward trajectory through the course of 2014, but prices of other discretionary items, including clothing and vehicle sales, have been consistently declining. The lack of appetite for spending is also highlighted in December’s consumer credit report, which showed an easing in growth. 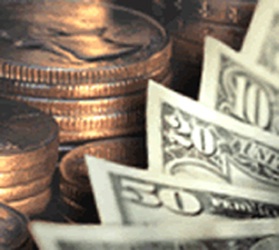 And that’s why January’s employment report complicates an already cloudy US economic picture. Unquestionably it was a robust report, with the largest number of job gains in the three months ending 31 January, 2015 since 1998.. Nearly all of these new jobs were created in the private sector across a broad range of industries (excluding small losses in the oil and gas industry for obvious reasons). The labour force participation rate also increased, which is supportive of the broader economic expansion.

However, it is the rise in income growth that potentially provides the foundation for an acceleration in spending. Wage growth is back on track at an annual rate of 2.2%, which is steady and consistent with other measures such as the employment cost index. Income gains are still fairly muted relative to history and we would need to see them sustained if they are to provide a potential uplift to consumer discretionary spending.

The Fed has been unequivocal in its view that lower inflation is transitory due to energy effects. Indeed, despite the declines in headline inflation, the rising costs of shelter and heath care have kept core inflation fairly static. January’s employment report will provide policymakers with more ammunition to raise rates in mid-2015. However, consumers are evidently cautious, and we believe that a Fed rate hike cycle will likely be very gradual so as not to de-stabilise a moderate expansion.