The Dow Jones soared and demand for mortgage backed securities leapt yesterday in response to the Fed chairman’s announcement of a new open ended stimulus for the US economy.

This third round of quantitative easing, long expected and dubbed QE3, came with no end date so as to reassure the markets and Ben Bernanke reasserted the commitment by saying that the Fed was ready to take even more action if the situation worsened. He would not, he said, quickly tighten the policy back even if there were signs of recovery. What he wanted to see he said is a ‘sustained improvement’ in the jobs market.

This new policy will have the Fed purchasing $40 billion worth of mortgage-backed securities (MBS) a month.

This is on top of Operation Twist, which is designed to keep long term interest rates low. In all some $85 billion will pour into the US economy every month.

The announcement caused a surge of purchase orders for MBS and Fannie Mae’s mortgage bond yields fell to their lowest level ever relative to US Treasuries said Credit Suisse.

Mr Bernanke also said that interest rates would be held down at their current level until 2015.

The policy was brought on because the Fed chairman was worried that without action the economy would stagnate leaving millions of Americans without employment.

This round of QE goes the thinking will be enough to convince the markets, employers and consumers that everything will be done to build a recovery giving them the confidence to get out there and invest, hire and spend. 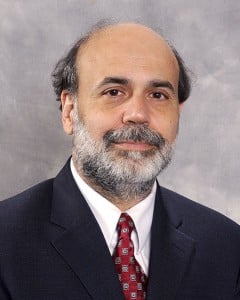 The Right Time To Invest In Property In Spain, According To Spain Buying Guide and Partners