If you think you can judge a book by its cover, then you must believe the U.S. economy is doing really, really well. After all, consumer confidence is up and misery is down. However, looking past the cover, the pages of underlying economic indicators suggest the average American investor should be a little concerned.

But first, the good news! The U.S. Misery Index has fallen to a four-year low. The Misery Index is calculated by adding a country’s unemployment rate to the inflation rate, the logic being that we understand what stubbornly high unemployment mixed with the soaring price of goods translates into—misery.

The higher the score, the more miserable we are. For example, in August 2008, when the U.S. stock markets started to tank, the Misery Index stood at 11.47; when President Obama came to office in January 2009, it registered at 7.83; during the debt ceiling crisis in the summer of 2011, the index topped 12.87. Over the last three consecutive months, it’s been on the decline. In July, it came in at 9.36 and in October, it was 8.3. (Source: “Misery Index by Month,” United States Misery Index web site, last accessed December 13, 2013.)

Why the increased optimism? American consumer confidence levels are improving thanks to the better-than-expected drop in November unemployment, improved non-farm employment numbers, and strong preliminary gross domestic product (GDP) results. Stronger-than-expected consumer confidence readings are good news for retailers while consumers debate how much they should spend during this holiday shopping season.

However, that robust consumer confidence reading might be a little premature.

While unemployment numbers came in better than expected, the unemployment rate is still at seven percent, job openings are scarce, and wages are stagnant. Despite improving consumer confidence, 25% of Americans expect to miss a credit card payment in the near future, and even more say they need to cut back on credit card spending. That might be tough with 19% saying that they’re being forced to use their credit cards more often as a result of the bad economy. (Source: Rasmussen Reports web site, last accessed December 13, 2013.)

So why the increased consumer confidence? If it’s not because of Main Street, it must be due to Wall Street; after all, the S&P 500 is up 26% so far this year and the Dow Jones Industrial Average is up more than 21%. If you take a look at the stock market, everything looks amazing! Unfortunately, corporate profits aren’t really benefiting too many people. 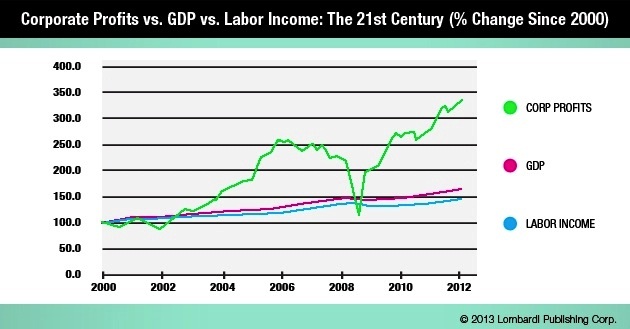 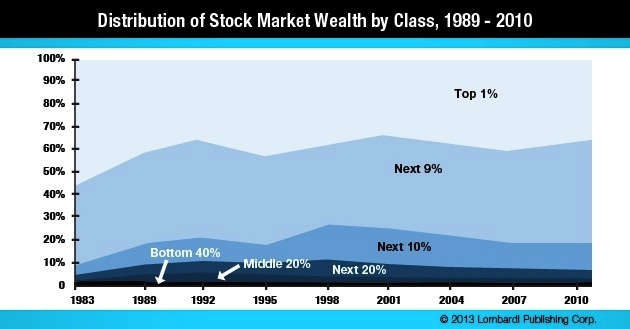 These numbers aren’t the building blocks for sustained economic growth, nor are they justification for the improving consumer confidence numbers.

Where does that leave investors? For starters, credit card companies like Visa Inc. (NYSE/V), MasterCard Incorporated (NYSE/MA), and American Express Company (NYSE/AXP) might be worth researching a little.