"As widely expected, the US economy rebounded in Q2, growing at an annualised rate of 2.3% after a tepid first quarter. The main drivers of growth were a rebound in consumer spending  – which expanded at a robust 2.9% – and a big swing in the contribution from net trade which had been a significant drag in Q1. No doubt the West Coast dock strike played a role in this by distorting trade flows in the first quarter.

Exports picked up smartly in Q2 whilst imports moderated, such that the net trade contribution became modestly positive. The turn in the economy is more impressive once the effect of inventories is stripped out, as real final sales picked up to 2.4% from -0.2%. This is all encouraging news, but unlikely to stir the Federal Reserve (Fed).

Where eyebrows are likely to have been raised is on the inflation side, where we saw a pick-up to a 1.8% annualised rate compared with 1.0% in Q1 on the Fed’s preferred measure; the core personal consumption deflator. Year-on-year, the rate remained at 1.3% and no doubt this information was available to the policymakers at yesterday’s rate setting meeting. Nonetheless, it will have increased their confidence in reaching the medium-term inflation target of 2%.

Along with some further improvement in the labour market, this should keep us on track for a September rate rise. Tomorrow’s Employment Cost Index (ECI) update will be important in this respect, as will signs of stability in commodity markets."

"The Federal Open Market Committee's (FOMC)  updated policy statement on Wednesday was relatively unchanged from the June release, with no clear new signal indicating the date of the impending rate rise. The Fed did acknowledge the continued improvement in the labour market, citing the fact that the “underutilisation of labour resources have diminished since early this year”. 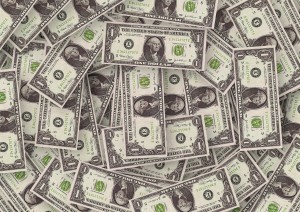 Q2 US GDP data supports the Fed’s more upbeat tone on economic conditions. The rise in real GDP, at a 2.3% annual rate in Q2, was marginally below the 2.5% consensus. Real final sales rose at a rate of 2.4%, and consumption growth accelerated, from 1.8% in Q1 to 2.9% in Q2. The two measures reflect an improved consumer backdrop, both from lower gasoline prices and from improvements in the labour market.

The Q1 GDP print was also revised up to +0.6% from -0.2% as the Bureau of Economic Analysis performed its annual revisions to growth figures. These annual revisions resulted in a slower pace of growth for 2013, now 1.5% versus 2.2% previously. The growth rate for 2014 was unchanged at 2.4%.

The GDP-based price index (PCE) rose at a 2% pace in the second quarter, while core PCE – which excludes the more volatile elements of food and energy – rose at a 1.8% pace.

The ECI and payroll data will both be released within the next seven business days and should provide the market with a good indication as to whether or not the Fed will indeed hike in September."

Find out who owns this number plate