Five US financial regulators* have 'encouraged' lenders to 'work with' those customers who have been hit by the US federal government shutdown.

What that means is that those workers who will not be paid on time for work they have done and then not be paid because they've been sent home on unpaid leave might have a more understanding mortgagee or lender on the other end of the phone when they try to explain why they can't make their payments.

All that means is that these lenders are being asked to assume more risk because the US government structure can't agree on a way ahead so are playing with the lives of the little people.

Why should these workers be put through the wringer for Democratic or Republican party politics, led mainly by rich politicians? They deserve much better than this.

The regulators said that prudent workout arrangements that are consistent with safe-and-sound lending practices are generally in the long-term best interest of the financial institution, the borrower, and the economy. 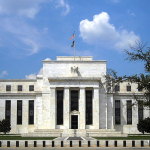 They went on to say that affected borrowers may face a temporary hardship in making payments on debts such as mortgages, student loans, car loans, credit cards, and other debt. The agencies encourage financial institutions to consider prudent workout arrangements that increase the potential for creditworthy borrowers to meet their obligations. The agencies realize that the effects of the federal government shutdown on individuals should be transitory, and prudent efforts to modify terms on existing loans should not be subject to examiner criticism.

Those affected by the government shutdown, they said, are encouraged to contact their lenders immediately should financial strain occur.

*The five regulators concerned are: Board of Governors of the Federal Reserve System, the Consumer Financial Protection Bureau, the Federal Deposit Insurance Corporation, the National Credit Union Administration and the Office of the Comptroller of the Currency.

CHART OF THE WEEK: UK Trade