It was an eventful week with a considerable amount of market moving fundamental releases from all over the world. The highlights of the week though, were no doubt the ECB meeting in Cyprus and the surprising US NFP figures results.

Prior to the NFP figures’ announcement, there seemed to be a higher wave of industry experts expecting the figures to cool from previous fantastic results as actual release has surpassed estimates in the past four months, one of the reasons the dollar has been phenomenally strong.

Some expert views prior to the NFP release

When most of the industries leading banks’ analysts were put into a questionnaire they were all negative about the NFP figures. The following were the actual opinions of the analysts from Morgan Stanley and Credit Suisse:

− Morgan Stanley: “severe weather conditions in the US for January and February” would inevitably weight on the employment condition, estimating a release of 250k. The bank expected that possible USD depreciation as an opportunity to long USD.

− Credit Suisse:  Any release above 200k is still considered positive, as this would keep the Feds in line for the expected interest rate hike, as long as the inflation outlook doesn’t get any worse. 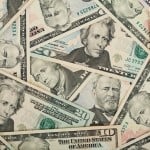 The actual NFP figures squashed estimates at 295k, as unemployment rate also released as 5.5%, the best release post the global recession as the last time we saw unemployment this low was in July 2008. The impressive result therefore keeps the US Fed on the path of an alteration in its tone on guidance on interest rates in its next policy meeting, and then the major debate will be based on whether or not to commence its interest rate hike by mid-year as unemployment also seems to be at the 5.2%-5.5% area, which many policy makers consider as the full employment range. The dollar strengthened across board, reaching 12 year high against the Euro as it also pushed commodities like Gold and silver southwards.

Meanwhile in Europe in the ECB Press Conference, Mario Draghi declared that the Quantitative easing program will commence on Monday, March the 9th where the ECB will start purchasing 60 billion Euros worth of mainly government bonds on monthly basis, intended to last all the way until September 2016. But the Central bank left the door open to the possibility of ceasing the program in event that it doesn’t have the desired effect.

Mr. Draghi shook the market with his commentary that ECB would only be buying bonds above the deposit rate of -0.20%. He further implied that, foreigners will become main sellers for the ECB to reach its 60 billion targets.

From the Kenyan anti-corruption chief