After Republicans and Democrats failed to reach agreement on a budget deal to keep federal agencies open for business some 700,000 US workers have been sent home on unpaid leave until the mess is sorted out. This has not happened since Bill Clinton's era in 1996.

Or, put another way, 700,000 pawns were sent home to their families with no work and no pay to be sacrificed in the grand US political chess game.

One wonders how this would have turned out had the pay, benefits and expenses of the US president and politicians been included in that particular category of workers, maybe they need to be.

As it is the US has once again found out what it is like when that credit card limit is reached and no credit limit extension is available – hard choices have to be made and, as ever, the little people get stamped on.

The 700,000 or so hit by this makes up about a third of the US government's workforce, which is the largest in the country.

Now the really hard choices are faced by those workers and their families. How do they pay the mortgages and rent, feed and clothe themselves and heat their homes? Will they still be able to get credit if needed to tide themselves over?

But one of the biggest problems for the country is that this will cause many people to cut back on spending which, in an economy based on consumption, will act as an anchor holding back the country's fragile recovery. If this shutdown were to last just a week it is estimated that it could cost the US economy around USD10 billion.

It has also not helped the US dollar of course as it slumps to a nine month low.

And if the US economy catches a cold or even suffers from a mild sniffle out of this then, as ever, we always follow suit in the UK and Europe.

To make matters worse there's another US 'fiscal cliff' to be faced in mid-October when the issue of the debt ceiling raises its ugly head again. 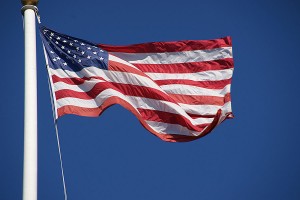 You 'Leavers' were too thick to know what you were voting for!