Alastair Winter – Chief Economist at Daniel Stewart and Co gives a rundown of events covering the preceding and next weeks.

There is still plenty of opportunity for another rally in US equities before the end of the year but the next few days are likely to see considerable volatility around the FOMC meeting (on Tuesday and Wednesday) and cliff-dancing in Washington.

The Dax is now up 27% in 2012 (to a 5-year high) and German equities must be vulnerable to profit-taking, even if investors are unfazed by the stream of bad economic news. They are no longer cheap and the prospects for 2013 earnings are bleak. French equities are less vulnerable but similar arguments apply, especially after their strong run in Q4.

Mr Berlusconi's return to the front-line will hit hard both Italian equities and bonds, at least until he loses the election, which now looks likely to take place February.

The Nikkei looks set to continue its rally in Q4 (+7.4% so far) on expectations of a new government after the election on Sunday. Profit-taking might well take place after that.

The dollar looks set for a better week, especially as the euro will be hit by Mr Berlusconi's latest ploys. Gold also looks exposed to dollar strength, especially if that strength arises from the FOMC meeting

Mr Obama, having out-bluffed an increasingly rattled GOP, may make a concession on spending cuts while sticking to his demand higher tax rates for the better off. If Speaker Boehner still does not blink then the President will probably announce that he will allow the Bush tax cuts to lapse and restore them in January for the 'middle class', something which the GOP dares not oppose.

There is a special EU Summit on Thursday to try to get common bank supervision past first base. Much will depend on the Germans who are (rightly) suspicious that this is yet another ruse for others to get their hands on German money. There are, however, some practical issues as well as Single Market worries from UK, Sweden, Denmark and Czech Republic.

Having undermined the Monti government Mr Berlusconi is likely to lead a challenge to the current Pax Germanica presided over by his nemesis, Mrs Merkel.

In the UK, the Autumn Statement gets a going over by the Commons Treasury Committee. The OBR are due to be pilloried on Tuesday, the Institute of Fiscal Studies given a platform to sneer on Wednesday and the main man himself will be up for a roasting on Thursday.

The FOMC has to decide inter alia what to do about Operation Twist. Putting it on hold while keeping QE 3 rolling seems the most likely outcome. Storm Sandy will probably have depressed Retail Sales and Industrial Production but activity should soon catch up.

There is likely to be more grim tidings from Europe bad as the monthly PMI cycle kicks off with the flash reports and the German ZEW should also be soft.

The UK should enjoy a better week of data: Employment tops the bill and the CBI Industrial Orders should also report an improvement.

Shanghai was the biggest mover last week, gaining 4.1%. The most encouraging November data published on Sunday 9th may have been leaked and there are also rumours that the new leadership is gung-ho on boosting consumption and regional development.

Even before Mr Berlusconi started to make trouble there was a divergence in Europe between both equities and bonds in the 'safe' countries and those in Italy, Spain and Ireland.

Elsewhere, day-trading took Brazil's Bovespa (and the real) up and Oil down. As with Gold, Oil seems unable to sustain rallies.

Gilts yields actually tightened as Fitch rattled its sabre over the Autumn Statement and missed targets.

Mr Obama piled the pressure on the Republicans by playing down the chances of a comprehensive deal before January. They are surely right in believing that he would really prefer otherwise but his pretending has caused serious disarray in the GOP ranks.

It was better not to read Mr Osborne's lips during the Autumn Statement. He is boosting consumption, backing infrastructure projects, looking for ways to expand credit and. er. borrowing more. This is a Plan B, whatever he may say and it certainly confounded Ed Balls on Wednesday.

Even by the shameless and shameful standards of the Italian political classes Mr Berlusconi's come-back is astonishingly blatant. The cynical explanation is that he is trying to protect his business interests but his most immediate concern must be to keep out of jail: rightly or wrongly the highly politicised magistracy is out to get him. If he loses the election he may have to flee the country while his assets would be seized.

The ECB apparently got very close on Thursday to cutting rates to 0.5%. That, together with Mr Berlusconi's antics was enough to dismay the euro's fans in Asia. 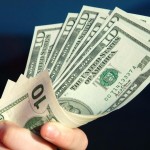 We shall not know for another couple of weeks how the MPC voted but QE seems to be losing its lustre and there may not be any more if the FLS picks up speed from its understandably slow start.

Mr Carney kept rates unchanged at 1% as expected despite a run of soft Canadian data but the Reserve Bank of Australia, which has a lot more scope, did cut this time to 3%.

US data was at best mixed with considerable debate over the impact of Storm Sandy but the key Non-Farm Payroll number encouragingly showed another 146K jobs being filled, mostly in the private sector.

UK data, however, was quite poor, especially the Trade Balance and Industrial Production. Talk of a triple dip has already started but is surely premature when the ONS is struggling to justify its first cuts of the latest data.