• Number of remortgages up by a fifth, the largest number seen since September 2013

The average amount of equity withdrawn from remortgaging per customer rose to £24,565 in April, a 13% rise from March. This is also 57% higher than April 2014 when the average amount was £15,696. Despite the substantial increase in the amount withdrawn, rising house prices mean the loan size hasn’t increased and the average LTV amount actually fell by 4%.

Therefore, the total amount of equity withdrawn from remortgaging in April stood at £792m, up 37% from the £579m released in March, and an increase of 80% from April last year. This is the largest amount recorded since July 2008. 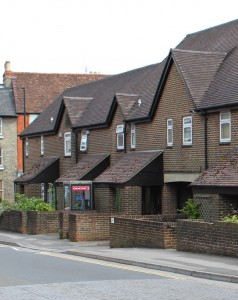 “The growth in remortgaging in April is a much-needed boost to a sector which has experienced huge fluctuations over the past 12 months. It also suggests we may be slowly returning to pre-crisis levels of activity with the total amount of equity withdrawn through remortgaging reaching figures we haven’t seen since 2008. While we have a positive outlook for the year ahead, we do not anticipate a surge of activity but instead a steady stream of customers to keep lenders busy.

“The certainty that a clear election result brought saw the housing market breath a huge sigh of relief.  But to maintain momentum we should not become complacent and should continue encouraging brokers and customers to discuss the potential benefits of remortgaging – especially at a time when there are so many competitive offers around.

“The current deflationary economic climate and rising incomes mean household finances are under slightly less pressure than previously. Nonetheless potential customers will appreciate that – thanks to house price rises – they are often able to withdraw equity from their homes without increasing the size of their mortgage, something many customers are concerned about.”

The prudential regulation of insurers under Solvency II

ECB And The People's Bank Of China Currency Swap Agreement