VCT managers are optimistic about 2014

The Association of Investment Companies (AIC) annual poll of Venture Capital Trust (VCT) managers gauges their views on the outlook for the year ahead amongst small, unlisted companies at the coalface of the UK economy. The AIC received responses from 83% of the VCT sector by assets.

VCT managers are optimistic for the year ahead, with three quarters (76%) believing that the economy is improving compared to just 45% last year, whilst a further 24% feel that the outlook is more mixed.

Access to bank lending appears to have improved, whilst companies are increasingly recruiting. And when it comes to fundraising, some 94% of managers expect the 2013/14 VCT fundraising season to be up on the previous year.

“The past six months have seen a very strong uptake in new transaction volumes, and I know from speaking to other generalist VCT managers this is being experienced right across the entire industry. With strong investor demand for new issues, the VCT sector has never been in better shape, continuing to support UK SMEs as they drive the economic recovery.”

“The curbing of annual and lifetime contributions to pension schemes has led to an increasing focus on VCTs as a vehicle for long-term retirement saving.”

It also seems that investee companies are on a recruitment drive: 94% of VCT managers expect their portfolio companies to be net recruiters next year, compared to 70% last year. But not everything is plain sailing, according to Bernard Fairman, Chairman, Foresight Group who said: “The Government needs to maintain a consistent policy framework with a bias toward boosting the supply side. Contrary to official wisdom, I do not believe that much productive slack exists in the economy, so increased demand when it comes will quickly lead to inflation. This comment particularly applies to the SME sector where surplus costs and capacity were long ago chopped to ensure survival.”

When it comes to favoured sectors for 2014, managers are most optimistic about prospects for the Technology & IT sector, followed by Healthcare and Business services. London and the South East were the most popular regions from an investment perspective, followed by the North West, Scotland and South West. 88% of VCT managers expect exports/ overseas sales to increase next year, whilst 12% anticipate no change. Europe and North America are the greatest sources of overseas growth (each 40%), followed by Asia Pacific (16%) and Japan (4%).

"Despite the difficulties in the wider economy, the structural opportunities in the creative industries created by digital technology continue to generate their own momentum." Chris Allner, Partner, Downing added that: “The growth drivers in healthcare, leisure and hospitality will be attractive for investment as people have more free time and start to feel they have more money in their pocket to spend on themselves after years of austerity. Quality and value for money will remain key components to be a successful operator, with consumers wanting more choice and differentiated offerings.”

Whilst access to bank debt appears to have improved for investee companies, Chris Allner from Downing adds that it is “still tough and unpredictable”. Whilst last year 44% of managers reported that investee companies had experienced difficulty raising bank debt over the year, this year 41% of VCT managers’ report that bank lending has got easier for their investee companies, a further 12% say it has got worse, and 47% report no change.

“Those of our investee companies that want bank lending in almost all cases can get it, but frequently they and we don’t choose to take it and instead we make available VCT capital.” David Hall, YFM Equity Partners senses a “marked improvement in the regions with banks now lending.” He is seeing “sensible levels of debt, albeit pricing via covenant tests is keener than in the past.”

Mark Wignall, Lead Manager of the Mobeus VCTs believes that whilst the economy is improving, things are tougher up North: “The economy is improving, but business confidence has transformed. The impact though is mixed. The fittest are thriving; those that are well managed with a competitive edge and with sound finances, frequently with external equity backers. The flip side is that those without these characteristics are still suffering the recession and particularly as you move northwards and particularly for those northwards that are consumer facing.”

“SMEs are becoming more confident about the economic outlook and are increasingly turning to VCTs to raise capital to finance their growth, particularly given the continued reluctance of banks to lend to smaller companies.”

“AIM VCTs have capital to invest and are progressively becoming the UK’s bankers to smaller companies. Importantly though we do not lend, but invest in equity capital to support long term growth.” 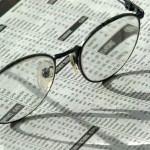 In terms of accessing bank lending in the future, some 39% of VCT managers expect investee companies’ appetite for bank lending to increase over the next year, 11% expect it to decrease, whilst 50% expect it to stay the same. David Hall, YFM Equity Partners said: “There have been some signs of growing confidence this year from fast growing small businesses leading to increased equity investment. This can be something of a lead indicator to increasing profits from small and medium-sized businesses over the next two to three years.”

“The years ahead are going to be busy”

“Although the UK has started to grow again, the global economy is still generally sluggish. But that slight torpor disguises huge tectonic changes in the way we live, the way we interact, and the way whole continents are being transformed. Our job as venture capitalists is to identify those changes and to provide the finance to help them. So the years ahead are going to be busy.”

“The revival of interest in smaller companies is the crux of the UK’s economic recovery – so Octopus’s AIM VCTs are raising funds, investing in new flotations and growing innovative companies. AIM is home to some of the most dynamic and high growth smaller companies in the UK, and VCTs play a critical role in providing these companies with the equity capital they need to support their long term growth. 2013 has been a positive year for AIM, helped by the new ISA rules that allow investors to hold AIM shares, with many companies raising new capital. We expect to see continuing share price growth during 2014 as smaller companies drive the UK’s economic recovery. This will be helped enormously by the government’s decision to abolish stamp duty on AIM shares, reducing the cost of capital yet further. 2014 is set to be another year when investing in growing innovative companies will benefit everyone.”