I know that many people will be tired of elections once the US presidency for the next term has been decided, but there is an election coming up where you can send the UK political parties a very clear message.

The elections in question on November 15th are for deciding which 41 people will be your Police and Crime Commissioners for the next four years.

These people will be ensuring that “…the policing needs of their communities are met as effectively as possible, bringing communities closer to the police, building confidence in the system and restoring trust.” So they will be having an impact on your life and how safe you are in your home and on the street. So make sure that you vote and vote wisely.

But when looking at the list of PCC candidates you can see that each of the major political parties has put forward candidates in the name of their party. These people have the power of a large political machine behind them. Do not be swayed by this as these elections would then become nothing more than a glorified opinion poll on the performance of the party in power at the time.

The PCCs that are voted in will also be required to swear an oath of impartiality, how can this sit with being sponsored by a political party, however good the intentions?

Use your vote to select an independent candidate, show the big parties that you won’t be taken in by their attempts to muscle in on control of the police.

Below is a list of all 41 police areas and the independent candidates standing for PCC in those areas. Sadly, seven areas only have political party placings on offer. 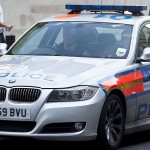