• Labour leads the way with a 7 point lead

• Conservative support is down four points

This week's Opinium/Observer Political Poll reveals that despite a lacklustre conference season, Labour support is up by one point giving the party a healthy lead of 7% as the Conservatives drop four points.

• Labour support increases by one point, leading the way with 35%

• Conservative support is down by 4 points to 28%

• UKIP is remains unchanged at 17%

• The Liberal Democrats are up 2 points at 9% 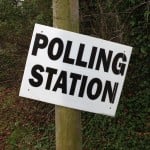 Looking to the general election:

Despite a clear lead from Labour currently, when looking ahead to what the result will be next year, more people now say the Conservatives will win than Labour. Two fifths of voters (40%) expect a Conservative win next May versus 38% who expect a Labour win. This represents a reversal compared to this time last year when 38% predicted a Conservative victory vs. 42% for Labour.

"While they're still behind in the polls, more voters now expect the Conservatives to win next year's General Election than Labour. Similarly, the Conservatives will be pleased that Ed Miliband's net approval rating has plummeted from minus 18% to minus 26% in the wake of his poorly received conference speech. However as Clacton has just demonstrated, UKIP are increasingly likely to spoil plans on both sides. For all Mr Cameron's advantage on approval ratings the only major party leader who isn't in negative territory is Nigel Farage."

Labour argue "Vote No" for better jobs in a stronger Scotland