We are now halfway through our trading year and I'd like to thank everyone in Waitrose for your extraordinary efforts and incredible hard work over the past six months. It is because of your dedication that, even in these brutal market conditions, we continue to outperform the industry on sales, win new customers and gain market share.

In its most recent headline report (for the 12 weeks ending 19 July) Kantar Worldpanel states that our sales rose by 3% and market share was up to 5%, an increase of 0.1 percentage points compared with last year.  By contrast, the sector overall grew by only 0.8% and, once again, sales at the Big Four supermarkets were all in negative territory.

The full detail of our first half performance – including like-for-like sales and the profit position – will be set out when the John Lewis Partnership reports on Thursday 10 September. 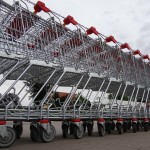 There were signs that the traditional Sunday dinner was making an early return to households as frozen meat sales soared, up by more than 16%. Fresh vegetable accompaniments were also up by 32% and frozen vegetable sales were up by more than 17%.

Excitement was already building ahead of the Great British Bake Off returning to our screens as bakeware sales increased by 55%.

Inspired shoppers and strong promotional activity also combined to see sales of our cook ranges increase by more than 47% as customers geared up to be creative in the kitchen away from the cooler temperatures.