Volumes and customer numbers are up but year-on-year sales growth continues to be held back by both food price deflation and tough comparatives due to major promotional activity this time last year. Total divisional sales last week (excluding fuel) were 0.3 per cent higher than last year.

The impact of falling prices is starkly illustrated by the examples of store cupboard essentials such as onions – 80p a bag now compared to £1.25 last year – and butter – 95p a pack versus £1.32  a year ago.

This means that, despite our positive volumes, falling food prices are having a drag effect on our sales growth.

Our Spring Clean campaign is in full swing with customers keen to get their homes ready for the sunnier months ahead, sales of Persil "citrus burst" and "apple fizz" are up 659 per cent and 640 per cent respectively, complemented with a new Ecloth washing-up pad, up an impressive 341 per cent on last year. 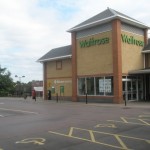 Kitchens, baths and showers are getting the deep-clean treatment too with sprays up 62 per cent and our very own Essential Super absorbent cloths up a sparkling 163 per cent. Kitchen towels are also mopping up sales with "Thirst Pockets" up over 650 per cent and multi surface wipes sales up 19 per cent compared to the year before.

Horticulture sales also grew 9 per cent on last year as customers geared up for the warmer weather.

Customers still appear to be keeping up with healthy eating resolutions, with frozen and chilled vegetarian meals up by 23 per cent and 20 per cent respectively. Soups have performed well and our free from range also proved a popular choice, both up 14 per cent on last year.

Insurance on the go: are you covered?