Our half price promotion event – which reduces the prices of more than 400 lines – had a significant impact across most categories. Soft drink sales fizzed up by 47%; coffee rose by 27% and biscuits by 16%, while selected dishwasher tablets increased by as much as 3000% as customers stocked up.

Sales suggest shoppers have kicked off their 2015 wanting to enjoy a more healthy, balanced diet. Pre-packed fresh fish sales increased by more than 20% and we had our biggest ever sales week of fresh salmon in more than 20 years after they leapt by almost 12%. 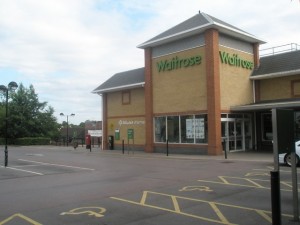 Active health drink sales grew by 12% and diet and healthier ice cream options continue to rise in popularity with customers each year; sales have shot up by a massive 54%.

We saw our biggest sales in beauty outside of Christmas week. Supported by the half price promotion, sales were up almost 8% on last year. Bath and shower sales increased by more than 32%, skin care increased by 16% and Johnson's Facial Care Wipes were up 156%.

The trend in shoppers buying Indian food continued this week. Sales of Indian ready meals were up by 21 %, while Chicken Tikka Masala was among the best sellers in the LoveLife range.

We are also seeing huge uplifts in sales of frozen foods at present with overall sales almost 10% up on last year. Frozen fruit sales grew by an impressive 46%, frozen fish was up by 19%, morning goods, including croissants and pastries have risen by 25% and sales of our Free From selection have jumped by an incredible 500%.