The continued success of our Big Half Price Event and preparation for Burns Night contributed to a 3.7 per cent sales increase in divisional sales (excluding fuel).

As the cold weather spread, customers turned to comforting food, with Indian ready meals up 21 per cent and slow cook meat up 25 per cent.

Demand for Waitrose LOVElife calorie-controlled ready meals has continued to increase with sales up by 13 per cent as customers kept up their healthy New Year resolutions. Sales of cherries and prepared vegetables also increased, up 15 per cent and 21 per cent respectively. Pre-packed fresh fish also leapt up nearly 12 per cent. 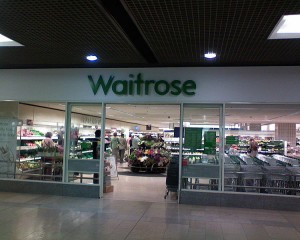 Our half price promotion event – which reduces the prices of more than 400 lines – has continued to have a significant impact across many categories. Whole duck rocketed up an impressive 180 per cent and sales of New York cheesecake increased by 40 per cent. Coffee also saw a 19 per cent rise, while confectionery was up 13 per cent.

With Burns Night on the 25th of January, sales of Scottish malt whisky have increased, up nearly 20 per cent as people get ready to “Address the Haggis".  Sales of swede have also seen an increase, up 9 per cent, as customers chose to complement their Haggis with “neeps”. A new whisky sauce is being introduced to accompany the traditional Scottish meal is forecast to do well in the days leading up to the event.

Raspberries and double cream sales have also increased, up 40 per cent and 10 per cent respectively, as people prepared to finish their Burns meal with the Scottish dessert, Cranachan.

Other classic Scottish favourites have also seen sales increase with oatcakes up 8 per cent and traditional Walkers shortbread up an impressive 25 per cent.