A very cold start to the week had customers stocking up on hearty meals and warming drinks. Provisional divisional sales at Waitrose were up 2.7 per cent (excluding fuel) compared to last year.

The colder spell, that’s seen snow fall in some areas, had an influence on what customers were buying. Soup was up by nearly 50 per cent, compared to last year. Hearty pies were also hot in demand; without any promotion, sales of our Steak, Mushroom and Red Wine Pie jumped 75 percent.

Mugs and cups were being kept topped up, sales of tea were up 20 per cent, while loose-leaf teas sales were brimming, rising 31 per cent. 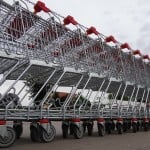 Interestingly for this time of year healthier alternatives such as green tea and low-calorie hot chocolates saw impressive demand, up 40 per cent and 21 per cent respectively.

Our customers continued their healthy resolutions as sales of our LOVElife range of nutritious ready meals soared 72 per cent, helped by our Big Half Price event, while frozen raspberries and applies – perfect for smoothies – were up 38 per cent.

The trend to make your own preserves is seeing growth with Seville oranges – now in season and famed for their use in marmalade – are up 20 per cent.

Horticulture also had a good week, seeing sales grow 9 per cent. Online flower orders have been particularly popular, with demand up more than 30 per cent on the year.

Are you getting value for money from your financial adviser?

Life in the Sandwich Generation is no Picnic