Walk for Work – youth sends a message to government

There are now nearly a million young unemployed in Britain, the most since records began and young unemployed people from across the UK took part in the ‘Walk for Work’ to highlight this sad fact.

They congregated outside the Job Centre in London’s Denmark Street before setting off dressed smartly in bowler hats, suits and briefcases towards Parliament via Oxford Street and Trafalgar Square.

Leading the walk were Joseph Hayat, 18, from Lincoln and Hafsah Ali, 17, from Leicester, who have been running a campaign to break the cycle of youth unemployment by increasing work experience opportunities for young people, as part of T4’s flagship youth campaigns show, Battlefront. 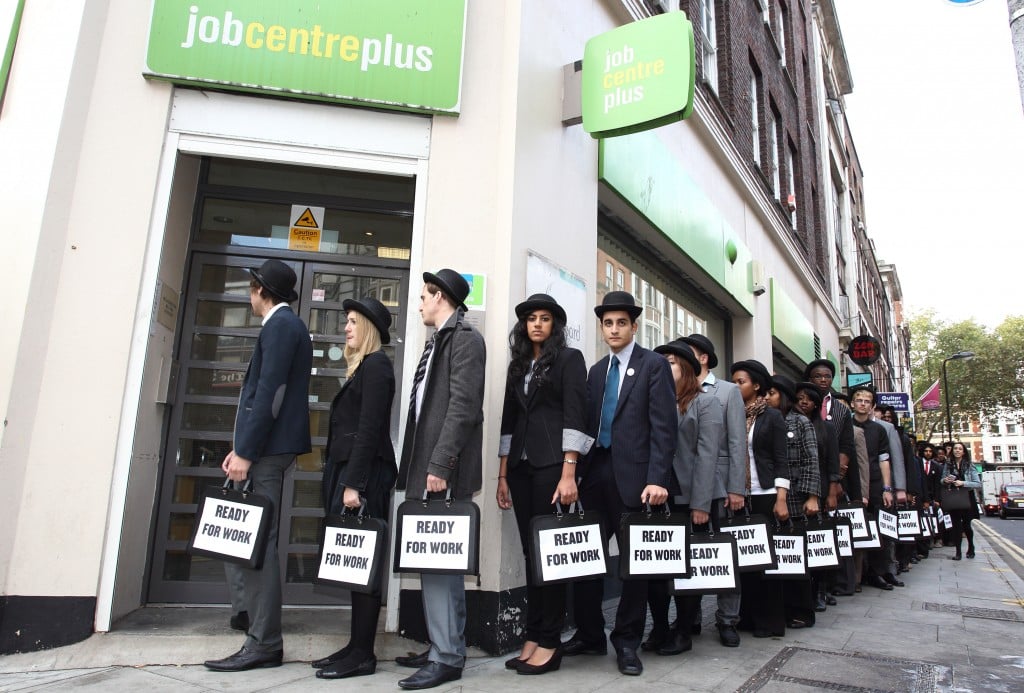 They were also joined by the musicians Ms Dynamite and Charlie Simpson.

Their message is simple, they are not NEETS (Not in Employment, Education or Training) they are BEETS (Brilliant, Enthusiastic and Eager To Start).

The walk ended at Old Palace Yard, the historic place of protest opposite the Palace of Westminster where they held up large placards showing ‘973,000 young people unemployed’ and displayed their ‘Ready for Work’ T-shirts. Joseph and Hafsah then met with the minister for employment, Chris Grayling to discuss the campaign.

Chris Grayling said after meeting the two “I’m going to support the Ready for Work campaign by getting job centres to work with Joseph and Hafsah to get 1,000 young people back into work. It’ll be a pleasure to work with them on this project.”

Comments on the Bank of England’s Inflation Report