The Howard League for Penal Reform has responded to Her Majesty’s Inspectorate of Prisons’ report on Wandsworth prison, published today (Wednesday 29 July).

Inspectors visited the prison over the course of February and March 2015 and found it “unacceptably overcrowded”. This, together with severe staff shortages, meant that almost every service at Wandsworth prison was insufficient to meet the needs of its prisoners.

As with the recent inspection on Pentonville prison, Wandsworth was understaffed and the majority of prisoners were spending more than 18 hours per day locked up – with a third of prisoners locked up for 23 hours a day. The prison was holding 1,630 adult men at the time of the inspection, more than any other prison in the UK, and almost 70 per cent more than the number it was designed to hold. Since the last inspection, the prison’s budget had been reduced by about 25 per cent.

Inspectors found that 10 prisoners had died since the last inspection in May and June 2013. Four of the deaths were self-inflicted and, despite a report from the Prisons and Probation Ombudsman after one of those deaths, the recommendations were not fully embedded. The inspectorate was notified of two further deaths as the report was being prepared: one was self-inflicted and the other was an apparent homicide. 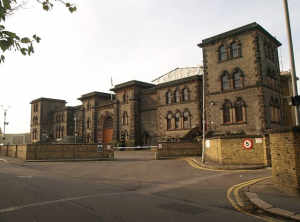 “As the Secretary of State for Justice only recently acknowledged, there are real problems in prisons which amount to a collective failure to redeem and offer rehabilitation to those who commit crime.

“Last month the striking example of that failure was a report into Pentonville prison. Now we have a report into another large London local prison, Wandsworth, and the verdict is the same: quite frankly, a terrible one.

“Over the summer the Ministry of Justice will be modelling budget cuts of between 25 per cent and 40 per cent as its response to the upcoming spending review. Such cuts are achievable, but only if demand on prisons like Wandsworth is curtailed. The consequences of starving prisons of further resources, while allowing the prison population to climb further, would be more people dying, more failure and ultimately more crime.”

RBA cuts Aussie interest rates to 3.25% as traders continue to feed off scraps