Want to Give Up on Picking Stocks and Just Play the Market? Here’s How

The year 2013 was a stellar year for stocks. The key stock indices have seen record increases: the S&P 500, which showed its best performance since 1997, increased by almost 30%; the Dow Jones Industrial Average saw a similar increase; and the NASDAQ Composite Index performed even better, ending the year with a return of more than 35%.

Looking at these numbers, one must really ask how their portfolio has done. If your portfolio had similar returns—well done! If it lagged, here’s something to note: hedge funds returned only 7.4% for the year. They lagged by almost 23% compared to the broader market return—the most since 2005. (Source: Bit, K., “Hedge Funds Trail Stocks for Fifth Year With 7.4% Return,” Bloomberg, January 8, 2014.)

Two key stocks that beat the returns of key stock indices and the returns given by the hedge funds many times over this past year were Gray Television, Inc. (NYSE/GTN) and Tesla Motors, Inc. (NASDAQ/TSLA).

In 2013, this stock opened at $2.28. On the last trading day of the year, it closed at $14.88. If you held Gray Television stock in your portfolio for the entire year, your profits per share would have been $12.60, or just over 552%. (Source: StockCharts.com, last accessed January 9, 2014.) This return is similar to beating the hedge funds return by almost 75 times and beating the returns posted by the S&P 500 by 18 times. Below is the chart that shows this stock’s precise move. 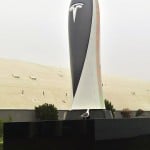 But these were returns for 2013, which is now long gone; so what does it all mean for investors in 2014? What can investors learn from 2013’s top returns?

When it comes to portfolio management, investors have to keep their long-term plans in mind. If they are building a portfolio for their retirement, or anything else for that matter, they have to consider their risks and understand what kind of investments they are buying into. A well-diversified portfolio can help them reach their long-term goals, while reducing the risk of major draw-downs. Investors should avoid speculation, because it can have a major impact on their portfolio if the trade doesn’t work in their favor.

Plus, thanks to financial innovation, an investor’s portfolio can perform similar to the markets by adding an exchange-traded fund (ETF) like SPDR S&P 500 (NYSEArca/SPY), which tracks the performance of the S&P 500.

This article Want to Give Up on Picking Stocks and Just Play the Market? Here’s How by Mohammad Zulfiqar, BA was originally published at Daily Gains Letter.

EU plans to increase the number of MEPs

Ed Miliband says back 'Made in Britain'