Was King taking advantage of a window of opportunity?

Admittedly, King’s IPO comes at a time that investor sentiment is rather positive in general, and this is particularly the case for companies in the broad domain of social media, like Twitter, or app developers, be it for messaging services such as WhatsApp or Snapchat, or game publishers, like Supercell. S&P 500 and many other indices are currently at record levels, and stock markets are fairly stable – except for the last couple of weeks where there was some turmoil in emerging markets including Ukraine. Timing is hugely important in many aspects of business and management, so the same applies to timing public market entry. But this may equally mean that the company and its selling shareholders are grabbing this window of opportunity of sky-high valuation levels for social media firms at the expense of new shareholders for whom limited upside potential remains.

And for sure there is a social media hype and valuation bubble going on. We saw a relatively limited number of IPOs in 2011 and early 2012 given relatively depressed market sentiment – yet, there was an exception: social media firms could easily go public. Examples include LinkedIn (May 2011), Groupon (Nov 2011) and Zynga (Dec 2011). Additionally, they could raise public equity at astonishing price levels. Facebook went public at about 28 times sales, while the average S&P 500 firm historically is trading at about 1-1.5 times sales. Some of its peers did an even better job: Twitter went public (Nov 2013) at $26 per share, i.e. at 34 times sales. Price per share rose by 73% on the first day of trading. Later, it even peaked to almost $75! Linkedin is currently valued at more than 700 times earnings, while Facebook is trading at an enterprise value of 45 times EBITDA, compared to 5-7 times for reputed firms like Apple, Dell, Intel and Samsung. This all illustrates that either some investors are extremely optimistic – it for sure does not reflect the beliefs of the average market participant – or just display irrational behaviour – see for instance the greater fool principle also observed during the dotcom bubble.

Academic literature has found that usually firms try to go public at a stage where their operating performance is peaking – many firms do not succeed in actually realising the high growth ambitions, often backed up by amazing historical performance they brag about during the going public phase. Zynga illustrates this pretty well: in 2012, top line only rose by a meagre 12% – way less than foreseen at IPO, and in the 5 year period 2008-2012, it was actually only profitable just the year before IPO. Unfortunately, studies also indicated that companies seeking a public listing more often rely on earnings management to present themselves in optimal shape to the investor audience.

What will likely happen to its stock price after IPO? 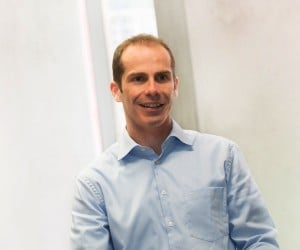 For the future stock price evolution we may expect the typical pattern for stock market newcomers, that is surging stock prices in the initial aftermarket trading but less positive long term prospects, commonly referred to as IPO anomalies. Frequently, IPOs offer abnormally positive initial returns the first day of trading as their stock price tends to go up quite a bit on the first day of trading. These abnormal returns are on average 10-15%. Some call this IPO under-pricing, as one reason could be that the company and the underwriting investment bank price the IPO attractively such that the offering will be successful. Yet, it also means leaving money on the table for the company going public as well as for the existing shareholders. For Groupon the first day pop was 31%, for Twitter even 73% and for Linkedin it equalled a strikingly 109%. Simultaneously, another anomaly is that in the long term (1-3 years) IPO shares do not turn out to be great investments. On average, they do have positive returns but compared to the market or a peer group of comparable firms they show (abnormal) negative returns. Zynga for instance, initially priced at $10 per share and hitting a peak of $14.69, crashed to a little more than $2 in 2012. Today, both Zynga and Groupon are trading at roughly half of their offer price, imposing massive losses upon those who bought shares at IPO. Two reasons for this long-term underperformance phenomenon are commonly put forward. First, lock up periods expire at some point after the initial issue thereby raising supply of shares and putting downward pressure on the stock price. Secondly, given that IPOs typically take place during market heights or other windows of opportunity, it is not surprising that the long term performance is not quite positive. Interestingly, given this regularly observed negative long term abnormal performance, maybe we should refrain from referring to the first day positive returns as under-pricing – their long term returns even suggest overpricing at IPO!

Where do I see the company’s stock price within five years from now? Obviously, it is just impossible to predict that but I can safely say that there is limited room for significant further increase in King’s share price, and that the stock will more likely stabilise or decrease rather than rise – the implicit valuation levels reflected in the suggested offer price leave no room whatsoever for disappointing investors and require the company to sustainably meet the markets’ very ambitious expectations about the company’s future performance in terms of competitive positioning, sales growth and profit generation. These days, start-ups that swiftly reach global audiences and multi-billion dollar valuations appear to sprout almost like weeds. Whether the ones who will ultimately succeed are worth their hefty price tags is about to be tested. Just like when after the dotcom bust the dust had settled, it may likely turn out that a few dominant players emerge, offering astonishing returns to investors while plenty may not survive or at least not succeed in meeting initial investor expectations and will prove lousy investments. Remember YouTube. Google bought it in 2006 for $1.65 bn and everybody felt it was a crazy price for a firm with 100 mn daily video viewings but no profits. But in 2013, YouTube generated $5.6 bio in revenues, up 50% year on year. Google now trades at record levels. By contrast, both LinkedIn and Twitter recently announced very disappointing user growth numbers resulting in sliding stock prices.

In summary, returns for King’s IPO investors may be positive but those buying the stock at IPO should better be ready for a potentially bumpy ride…

How Can a Vancouver Business Benefit from a Coach?

EBS to unveil a cutting-edge, next generation integrated trading platform