Global advertising expenditure is expected to accelerate over the next few months, according to a new report published by S&P Capital IQ Equity Research.

Despite the conservative outlook for 2013 factored in by agencies and forecasters alike, S&P Capital IQ believes the trough has been reached with uplift to be led by the emerging markets and a stronger than expected recovery in North America.

Global agencies are likely to benefit from increasing exposure to emerging markets and S&P Capital IQ predicts that over the next 10-15 years USD200 billion will be added to global spend as emerging market economies shift to more consumer discretionary spending. Brazil, Russia and China will account for 29% of global advertising growth over the next three years.

Alex Wisch, Equity Research Analyst, S&P Capital IQ says: “One of the greatest long-term investment strengths of global advertising agencies is their increasing exposure to emerging markets where growth rates are poised to remain higher than the developed world. Over the next three years, Brazil, China and Russia are forecast to grow at 10.7% per annum, compared to just 2.8% per annum in the seven developed markets we have looked at. If we take Brazil as an example, it is set to host the 2014 Football World Cup, followed by the 2016 Olympic Games, assuming a prominence on the world stage and becoming a focal point for many marketers accordingly.

“The global agencies have already developed a solid foundation in the BRICs, so the heavy lifting on the investment ramp is largely behind them.”

While the rate of growth in the developed markets is likely to be more muted than the higher-growth emerging markets, they remain critical advertising markets and still contribute to overall growth. The US is poised to contribute as much to global advertising growth as China, Brazil and Russia combined over the next three years.

During 2013 to date, Europe has proven the most disappointing region, and S&P Capital IQ believes that there is “further scope for disappointment” in this region. Showing more resilience is North America, which seems to be gaining momentum, with the report describing the economic recovery as ‘entering a period where companies emphasis begins to shift more towards revenue growth and less on margin expansion’, predicating an increase in advertising budgets. North America has already enjoyed a stronger than expected recovery during Q1 2013, and the continuing move towards digital advertising also favours North America, where it is more established. 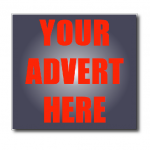 Digital advertising is reported to be the other ‘big structural growth driver’ of the advertising industry, a broad term used to describe digital marketing, data and insight services and internet advertising. The report explains that global agencies are set to benefit from this type of advertising in three ways: exposure to what is the fastest growing area of advertising; exposure to client budgets beyond advertising and EBITA margin enhancement due to exposure to complex consultant-driven fee-based services.

Alex Wisch continues: “Traditionally almost all advertising agency revenues are derived from clients advertising and promotion (A&P) budgets; digital advertising, however, is allowing agencies to tap another source of income beyond A&P budgets: technology. So far agencies do not break down the amount of revenues coming from these sources and it is still marginal, in our view. However, we see potential for growth outside the traditional advertising markets, the only caveat being that data companies and consulting companies are also vying for technology budgets.”

In summary, S&P Capital IQ has a ‘cautiously optimistic’ outlook for global advertising agencies, driven by structural trends such as the growth in digital advertising and further expansion in higher growth markets. The top four global ad agencies in S&P Capital IQ’s coverage score well against these cyclical and structural trends, and a result it makes ‘buy’ recommendations on Interpublic; Omnicom and Publicis and a ‘hold’ recommendation on WPP.

Steve Forbes Speaks Out on the Presidential Race, Fed Recklessness, and Gold

Why China’s Reforms Could Mean Big Business for U.S. Investors