At the G20 summit in Brisbane today, David Cameron talked on the need to “rocket boost” the US-EU trade deal or TTIP (the Transatlantic Trade & Investment Partnership).

“After months of leaked documents showing how damaging TTIP would be to our economy, our public services, environmental and food standards, David Cameron has nothing to say other than roll out the same tired old lines based on one discredited piece of research.

If this is “rocket boosting” TTIP, than the deal is in big trouble – and that's a good thing for ordinary citizens of Europe and the US.”

On jobs and growth:

“David Cameron's claim that TTIP would add £10bn to the British economy is based on old research that has been widely discredited by politicans, academics and civil society groups. Newer research predicts that lower wages would lose British workers £3,300 over 10 years. Europe would lose 600,000 jobs. The winner would be the elite of society – which the Prime Minister knows well.” 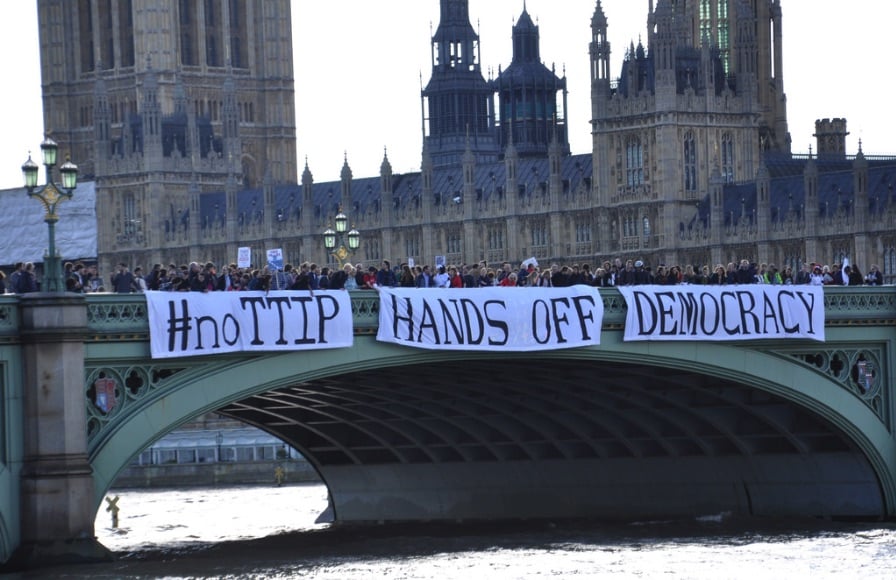 “The Government has repeatedly refused to exclude the NHS from TTIP – so it's pure hypocrisy for Cameron to pretend the NHS won't be effected. All public services are under threat from TTIP, because the Government views these services as commodities to be traded internationally.

“Countries have been successfully sued by multinational corporations for renationalising sections of their health service. It can happen here.”

“The whole point of TTIP is to save costs from 'harmonising' standards. Conservative MP Zac Goldsmith has said 'it's very hard to imagine any of standards going up as a result of TTIP'. The banks, big agribusiness and big pharmaceuticals are lobbying intensively for TTIP to help lower standards to protect their interests and boost their profits at the expense of ordinary people.

“It's perverse for Cameron to claim TTIP is about rising standards – it simply won't happen and neither are secret negotiations the right way to approach these major aspects of public policy.”

We Need A Universal Culture Of Prompt Payment Says the CBI